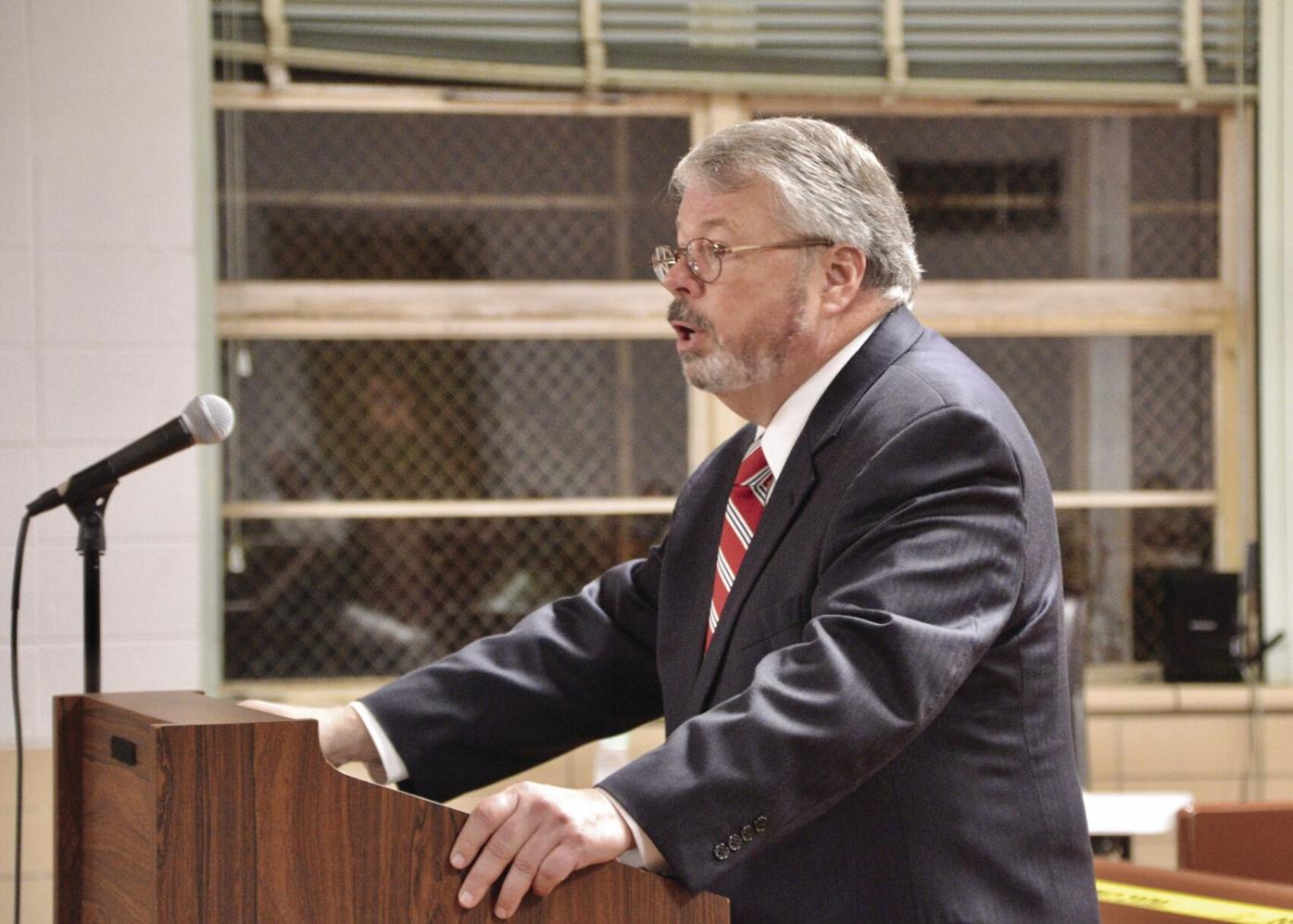 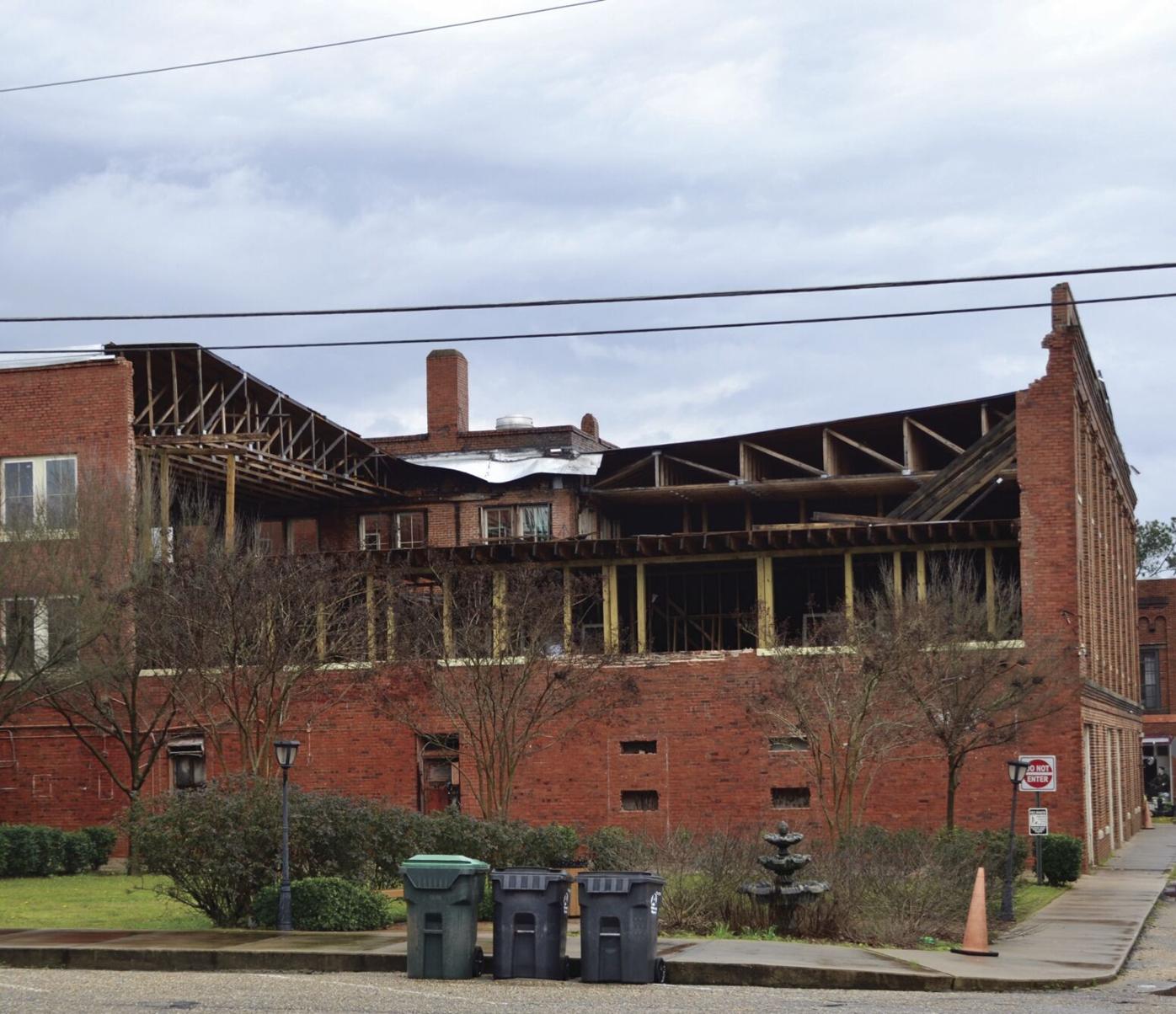 (Carmen Rodgers) The Tallassee City Council voted 6-1 to maintain The Hotel Talisi is a public nuisance at Tuesday’s council meeting.

(Carmen Rodgers) The Tallassee City Council voted 6-1 to maintain The Hotel Talisi is a public nuisance at Tuesday’s council meeting.

Nov. 30 will be the 11th anniversary of the tragic Hotel Talisi fire and the Tallassee City Council voted 6-1, with councilmember Fred Randall Huey voting against the measure, to move forward with declaring the property a public nuisance.

"I don't have that training and I don't know that any of you have that type of training, but you can hear from a scientific standpoint, information about the central issue of the decision that you will be making shortly, and that the structural safety and integrity of what we have known for decades to be the Hotel Talisi,” Harper said.

With nearly 11 years since a fire spread to the building, destroying the hotel's interior on that November night, Troupe has an explanation for the extended reconstruction process.

"This has gone on a long time," Harper explained.

According to Harper, Troupe's lengthy timeline for renovation is due to a series of unfortunate events.

"This was a fire loss," Harper said. "There was insurance, but where you have insurance, you are also going to have an argument. There was a significant amount of time that passed before there was any money to be had.”

At that time, the hotel was owned by an LLC and once insurance money was allocated there was some debate over how that money should be divided between members of the LLC. A divorce among members of the LLC only extended the process and it was years before the issues between the LLC were settled.

Once Troupe owned the property, he began making improvements but plans to reopen the historic hotel never came to fruition.

"He put a brand-new roof on it and new windows in it and was getting into position to do the renovations," Harper said.

Before that process could begin, there was another loss to the property when the roof received wind damage, and according to Harper, this loss was not covered by insurance.

The damaged flashing on the building's roof is the immediate concern and according to Harper, Troupe is aware of the problem but is having a hard time finding a qualified contractor to do that work right away.

Harper compared the hotel's structural integrity to the westside mill that to this day stands without a roof. The old mill was built with thicker lower level walls that taper upward to create a self-supporting structure.

"That's not just a brick wall,” Harper said. “At the top of it, it's three bricks thick, and when you get down to about the last 3 feet, it's four bricks thick. It's built with the same engineering as the west mill."

Troupe called Davis in February of this year but it was March before Davis was able to assess the structure. At that time, Davis advised removing a large portion of the building's west wall due to a potential safety hazard.

"I had a lot of questions and knew a lot about the building already," Davis said.

A portion of the west wall was removed and Davis reassessed the building and said there has been no structural variation since his last inspection.

"I don't see any difference in the condition of the walls today versus March," Davis said.

While Davis said the building could be salvaged and renovated, city officials did not see things the same.

Hammock asked if the flashing on the roof was safe and Davis answered, "No, it should be removed."

However, flashing is not considered to be part of the building&#39;s structure, rather a material that is attached to it. Hammock also asked about bricks that may fall from the building as well as the ability to keep unwanted wildlife out of the structure. The majority of the council expressed concern over public safety in the downtown area due to the current condition of the building.

"I want this council to be proactive instead of reactive when it comes to safety, so any decision that we make tonight would be concerning the safety of our citizens," councilmember Terrell Brown said.

According to Harper, an investment firm is interested in the property but no details can be disclosed at this time.

Hammock suggested three viable solutions for the council to consider. "Meet with Mr. Troupe and the potential buyer,” Hammock explained. “Option 2 is to vote to forward with the process of demolition. Or option 3, see if Mr. Troupe would be willing to entertain the idea of donating it to the city for a tax write-off.”

Some members of the council considered the potential investors but wanted essential details about the business proposition.

"No one on this council would like better than to see the hotel rebuilt. All of us would," councilmember Bill Godwin said. "We've heard good plans are coming, so if they come, I think, if we considered that these have to be specific plans with certain deadlines to get this done. If not, we may be back here next year doing the same thing."

Other councilmembers showed disdain to the already extended renovation timeline offered to Troupe.

"My issue is this, we have asked Mr. Troupe on several occasions to come with his architect to tell what his plans are. Tell us what you are going to do, when you're going to do it, and it has yet to be done," councilman Jeremy Taunton said. "This is just going to continue to go on and on. We will be right back here next month, or in 30 days or in 60 days. I am all about giving someone an opportunity to fix a problem but this problem has been ongoing since 2018, when we started this, not to mention the 12 years before that."

When making its decision, the council put the safety of the public before all else. "At the end of the day, regardless, it is a public nuisance," councilmember Sarah Hill said right before she made the motion to forward with the process of declaring the Hotel Talisi just that — a public nuisance.

Councilmember Huey voted against the measure saying he believed Troupe had been proactive by bringing an engineer such as Davis to oversee the building's renovation and safety.