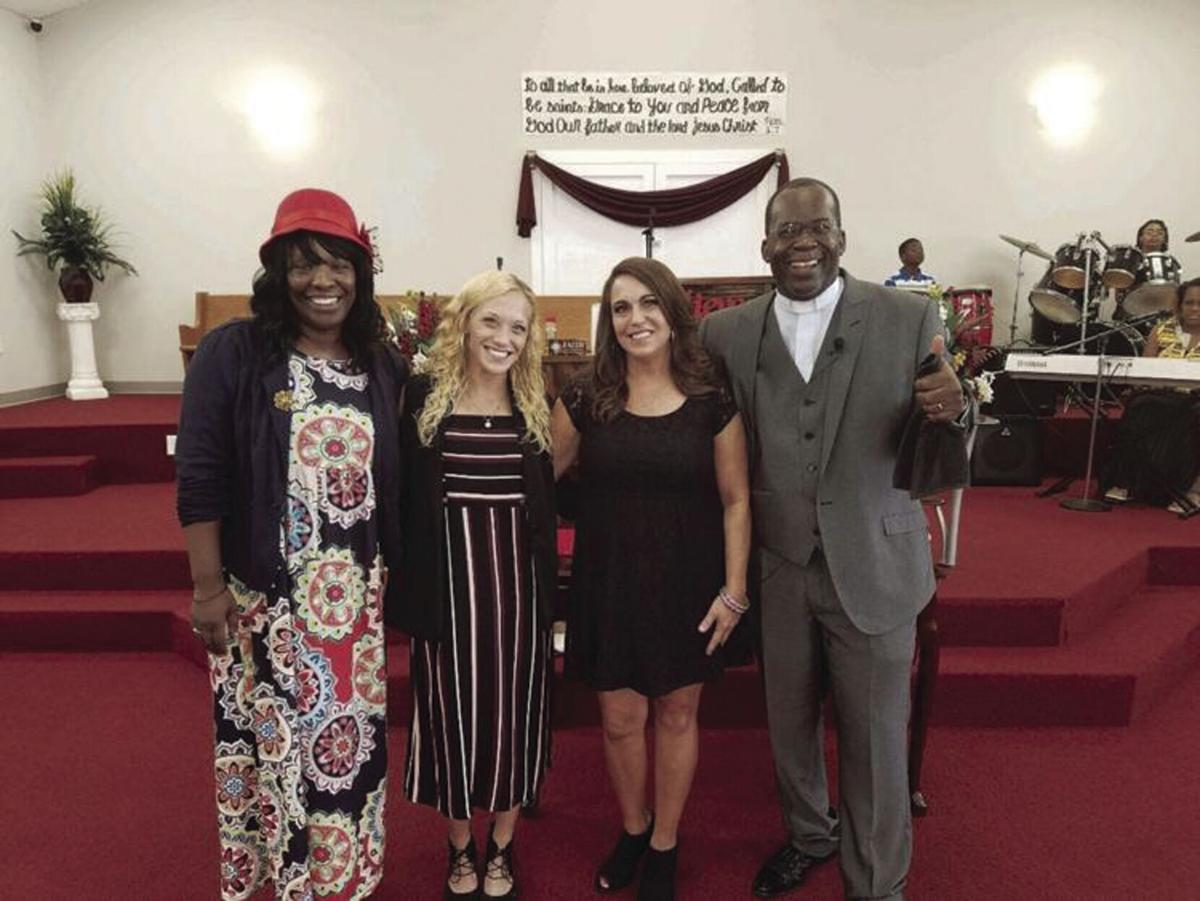 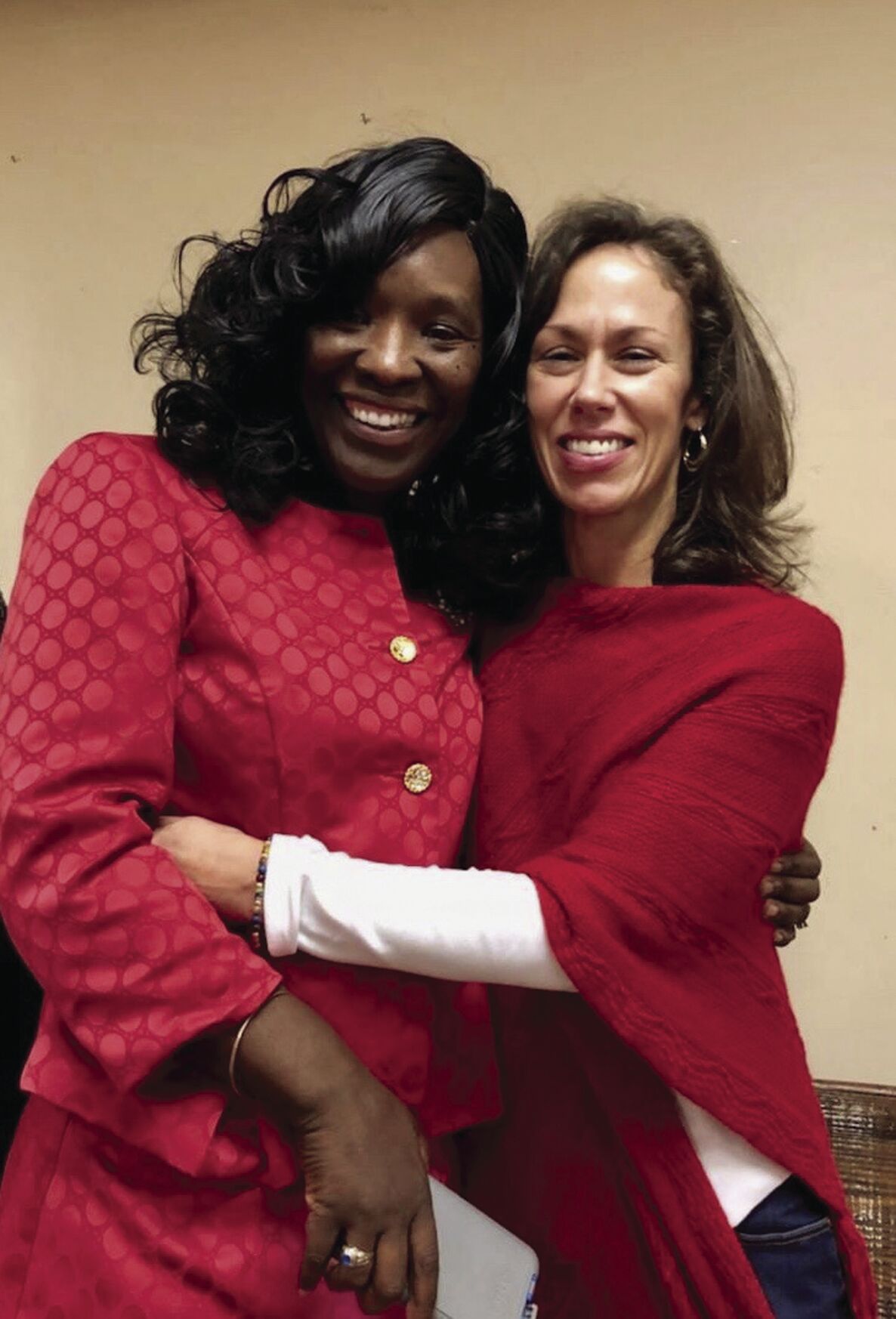 (File) GCHC First Lady Nina Gauntt with Tasha Jeffcoat who saved by the HOLM in 2002.

(File) GCHC First Lady Nina Gauntt with Tasha Jeffcoat who saved by the HOLM in 2002.

God's Congregational Holiness Church and the House of Love and Mercy have been serving the Tallassee community for decades. The women's shelter serves women during their darkest days and aims to help them regain their self-esteem and confidence so that they can find their path to success in life, and the church is a safe harbor for everyone. The shelter would not exist without the church.

GCHC Pastor Adolphus Gauntt opened the doors to the women's shelter 20-years ago and in that time, it has served countless women; however, the HOLM would not exist today without the support of an entire community.

"All of the churches in Tallassee support the House of Love and Mercy," Pastor Gauntt said. "We are very grateful for the support we receive."

You may not know it today, but GCHC started from humble beginnings. Pastor Gauntt was born in Tallassee and has lived here all of his life. He first started ministering in a local neighborhood, going door-to-door with his message.

"I was over a local ministry in Wall Street," Pastor Gauntt said. "We went into the houses. It was me and about six others."

Pastor Gauntt continued to serve residents in the Wall Street community for over a year. All the while, maintaining focus on his goal of opening a local church that would serve people of all races.

"We did that for about a year," he explained. "We were saving our money. Once we had money saved, we opened in Jordanville and we have been an interracial church since then."

The HOLM would not exist today, had it not been for GCHC. The two go hand-in-hand.

"One of the greatest things that came from the church was the House of Love and Mercy," Pastor Gauntt said.

It was during a mission trip to South America where Pastor Gauntt realized the need for a local women's shelter.

"The women down there, they cannot afford to care for their children so they have to go to the orphanage. We were supporting that orphanage and it was named The House of Love and Mercy. So, we came back to Tallassee and opened the shelter and called it by that same name," Pastor Gauntt said.

Like the GCHC, HOLM's doors were, and still are, open to all people regardless of their background.

"Our first clients were a Hispanic and a Caucasian girl, and twenty years later we are still going," Pastor Gauntt said. "We get girls from all over the place, Minnesota, Florida, Texas, Louisiana, Georgia, girls from all of the surrounding states have come to the house right here in Tallassee."

The HOLM and GCHC offer a warm safe environment that allows people to become relaxed and comfortable enough to feel right at home.

"We are family-oriented and we all bond like family and color doesn't matter because we are all so close," Pastor Gauntt said. "Everyone calls me Pastor. The older women in the church are like mothers, and with that, we have been able to maintain that family dynamic, and we are able to build off that."

During the time HOLM has been in operation, Pastor Gauntt has seen countless women come into the shelter, and over the years he remains in contact with many of them.

"In June it will be 21-years," Pastor Gauntt said. "A lot of the girls are doing well, very successful."

That success is a two-way street. While it is rewarding for the women who complete the program and go on to do great things, seeing that success is also rewarding to Pastor Gauntt and everyone who helps support the local shelter.

Tallassee's Tasha Jeffcoat is just one of HOLM's success stories. Jeffcoat entered the facility on Nov. 10, 2002.

"Not long after I entered the House of Love Mercy, I knew that was where I was supposed to go," Jeffcoat said. "I knew I was safe there. It was also a place of rest. Rest from the world that I had totally screwed up living in. It was a spiritual place of refuge."

According to Jeffcoat, it was that safe harbor that gave her the motivation and insight to seek the best path life had to offer.

"Being there allowed me to put my focus on allowing God to save and change my life," she said.

HOLM allowed Jeffcoat to let go of her addiction and she found her salvation there also.

"The Lord saved me while I was in the House of Love and Mercy, she said. "I received salvation and He also delivered me from my addiction to alcohol while I was living there and I have not drank a drop since. It's been 18 years this past."

Jeffcoat said she is fully aware that had she not found HOLM when she did things would be much different and she would not be the person she is today.

GCHC and HOLM have both come along way, and according to Pastor Gauntt, there are no plans to stop serving the community anytime soon. In fact, he believes the church and shelter can make an even bigger impact in the future.

"I think with more resources, we can reach out to more people," he said.