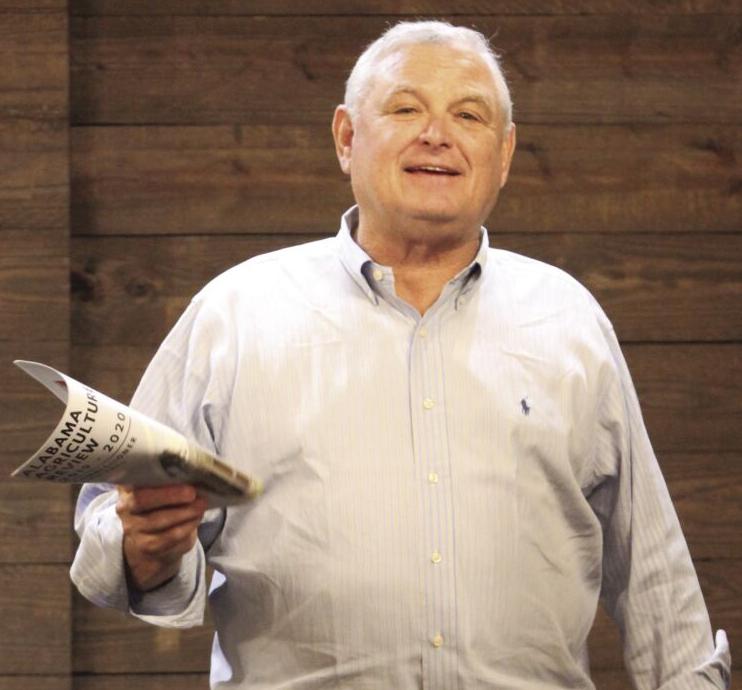 (Carmen Rodgers) The Commissioner of the Alabama Department of Agriculture and Industries in Alabama Rick Pate was the keynote speaker during Thursday's meet and greet style luncheon. 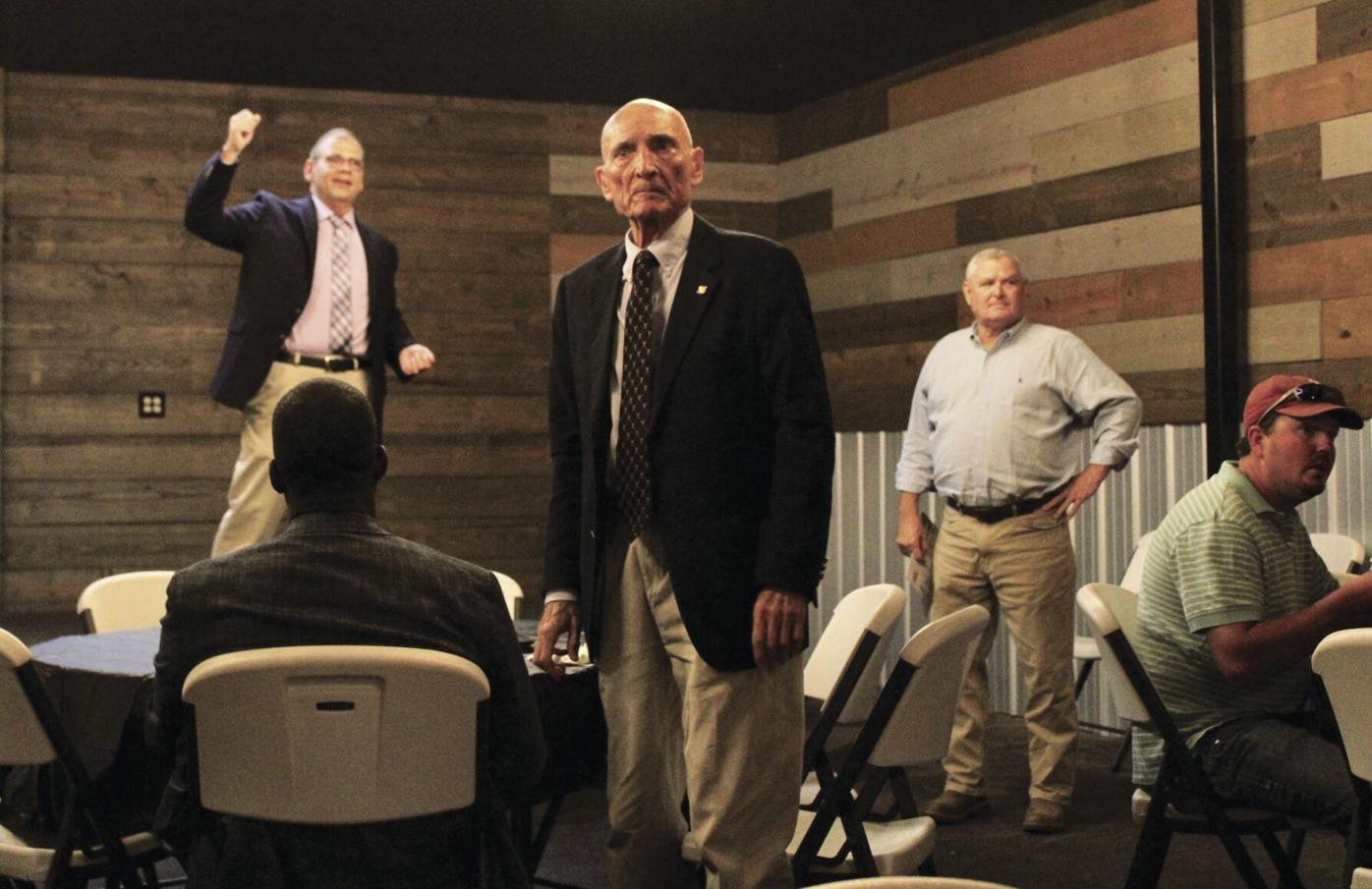 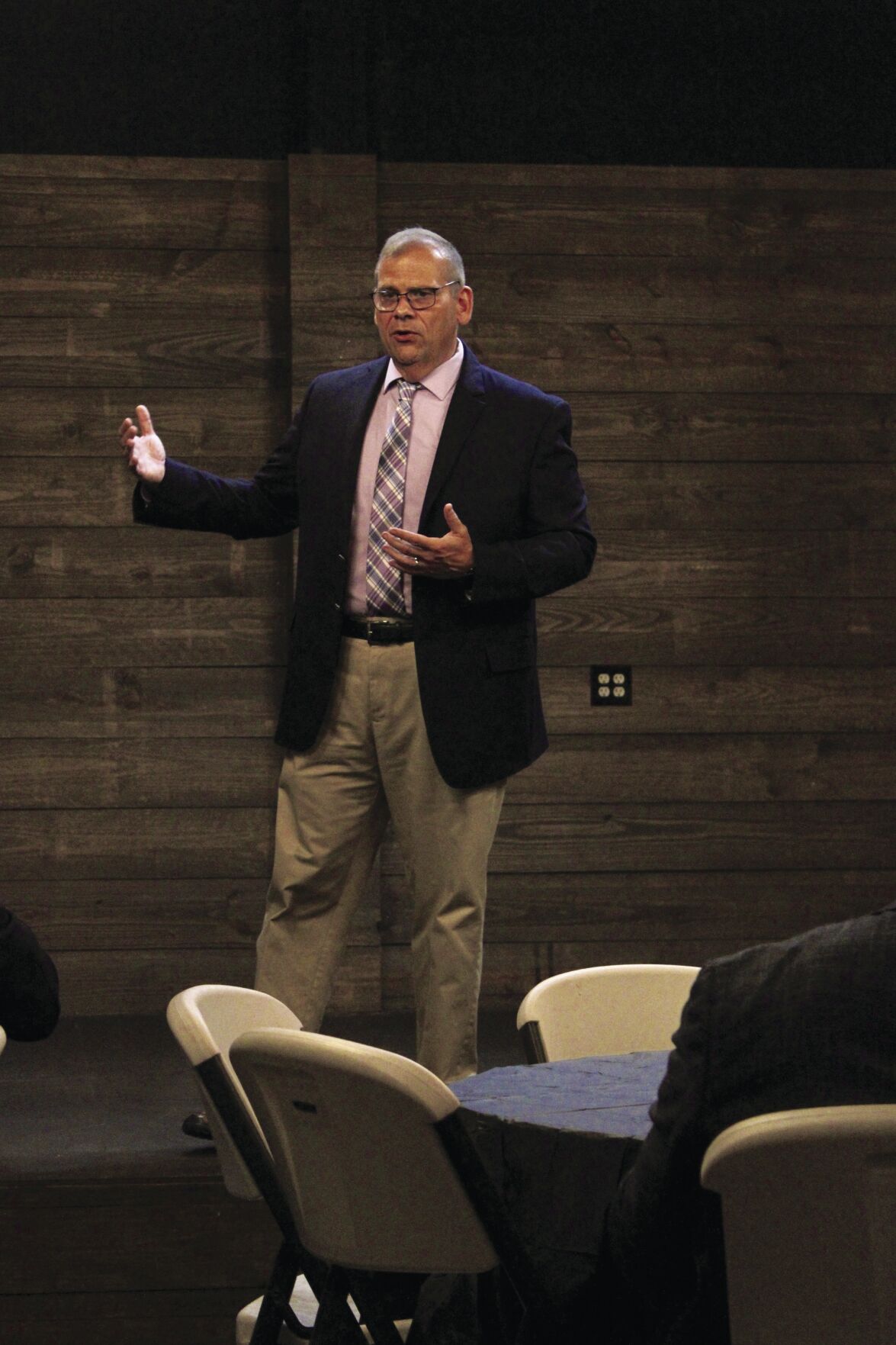 (Carmen Rodgers) Mayor John Hammock greeted the crowd and thanks everyone for attended the meet and greet style luncheon for The Commissioner of the Alabama Department of Agriculture and Industries in Alabama Rick Pate.

(Carmen Rodgers) The Commissioner of the Alabama Department of Agriculture and Industries in Alabama Rick Pate was the keynote speaker during Thursday's meet and greet style luncheon.

(Carmen Rodgers) Mayor John Hammock greeted the crowd and thanks everyone for attended the meet and greet style luncheon for The Commissioner of the Alabama Department of Agriculture and Industries in Alabama Rick Pate.

The Commissioner of the Alabama Department of Agriculture and Industries in Alabama Rick Pate paid a visit to Tallassee on Thursday, Aug. 19, for a meet and greet style luncheon at the 1220 Warehouse.

Pate was the keynote speaker. He explained just what his office does. Including overseeing labs across the state. In May of last year, people began receiving strange uninvited seeds in the mail. Due to the pandemic, the ADAI utilized state labs to help identify the seeds.

"Everybody remembers the seeds that we started getting from China. When those seeds came out, it was right before the beginning of COVID. The FDA had gone home. There was nobody. The FDA wasn't working from home. The seeds that showed up in Georgia and Alabama, we redirected," Pate said.

The seeds were sent to the State Seed Lab in Montgomery for further examination.

"We were on the phone with the FBI almost every day during that time," Pate continued.

By August 2020, The U.S. Department of Agriculture's Animal and Plant Health Inspection Service (APHIS) had identified 14 varieties of mysterious seeds allegedly sent from China to people in the U.S. who didn't order them. The known varieties include rosemary, sage, mint, and hibiscus.

Alabama produces a good amount of poultry each year, and it is the ADAI that regulates industry safety.

"The poultry industry by itself is billions. It's 80-something-thousand jobs," Pate said.

According to Pate, poultry industry safety standards in Alabama and the U.S. are among the safest. Pate explained that if COVID had been first found in a domestic chicken, the COVID health pandemic would be unheard of.

"The first thing we would have done is depopulate every chicken that had been in contact with that virus," he said. "We have a very strong presence, and we're looking for new strains of disease."

Pate explained the importance of food safety and the incredible track record the state has in food production.

"We have developed a food process in this country that is unheard of," he said.

According to Pate, the state and the country also have a strong food supply chain, which was strained during the peak of the pandemic.

"We might have run out of cotton swabs and tests for COVID, but we did not run out of food," Pate said.

The ADAI regulates all measured commerce in the state.

"Everyone knows we put stickers on gas pumps, but that's probably the limit of what y'all think we do. But, we regulate everything in the State of Alabama that's weighed and measured and goes in commerce," Pate said.

Whether it is regulating scales that weigh produce at the grocery store or the scales at a gravel pit, if the product is measured for sale in the state, the ADAI ensures correct measurements.

"If it enters commerce, we certify the scale," Pate said.

According to Pate, while the ADAI does certify product measurements in the state, it does not have an influence on product prices.

"That's not our business, but we guarantee, you are going to get charged per gallon, per pound, or whatever amount. There's the official pound for the State of Alabama and the official gallon. Everybody that tests for something has to bring their scale in and test it against ours. Then, about every 3-years, we send our pound, gallon, gram to be checked against the nation-wide (scale). It's all regulated," he said.

The ADAI does much more than regulate labs, food production, and product measurements, it creates programs that benefit local customers and farmers. "We started Sweet Grown Alabama," Pate said.

Sweet Grown Alabama is a program that aims to ensure produce labeled locally grown is actually grown in the area.

"School systems were not buying any local food," Pate said. "If you look at the way the school systems were buying their food, it was coming from Mexico, California, and all over. You had Chilton County buying peaches from California. You had schools in Slocomb buying tomatoes from Mexico. And, I said, 'we can do better than that'."

With the help of funding through the state legislature, Pate was able to offer school nutritionists a .25 cent per plate incentive to add a locally produced food item to school meals.

"It took a little while, but Elmore County is a leader in this program," Pate said.

Pate strongly encourages the sale of locally grown produce and is willing to assist buyers who are searching for locally produced products.

"If they call my office and say they want strawberries, then we'll find strawberries for them," he said.