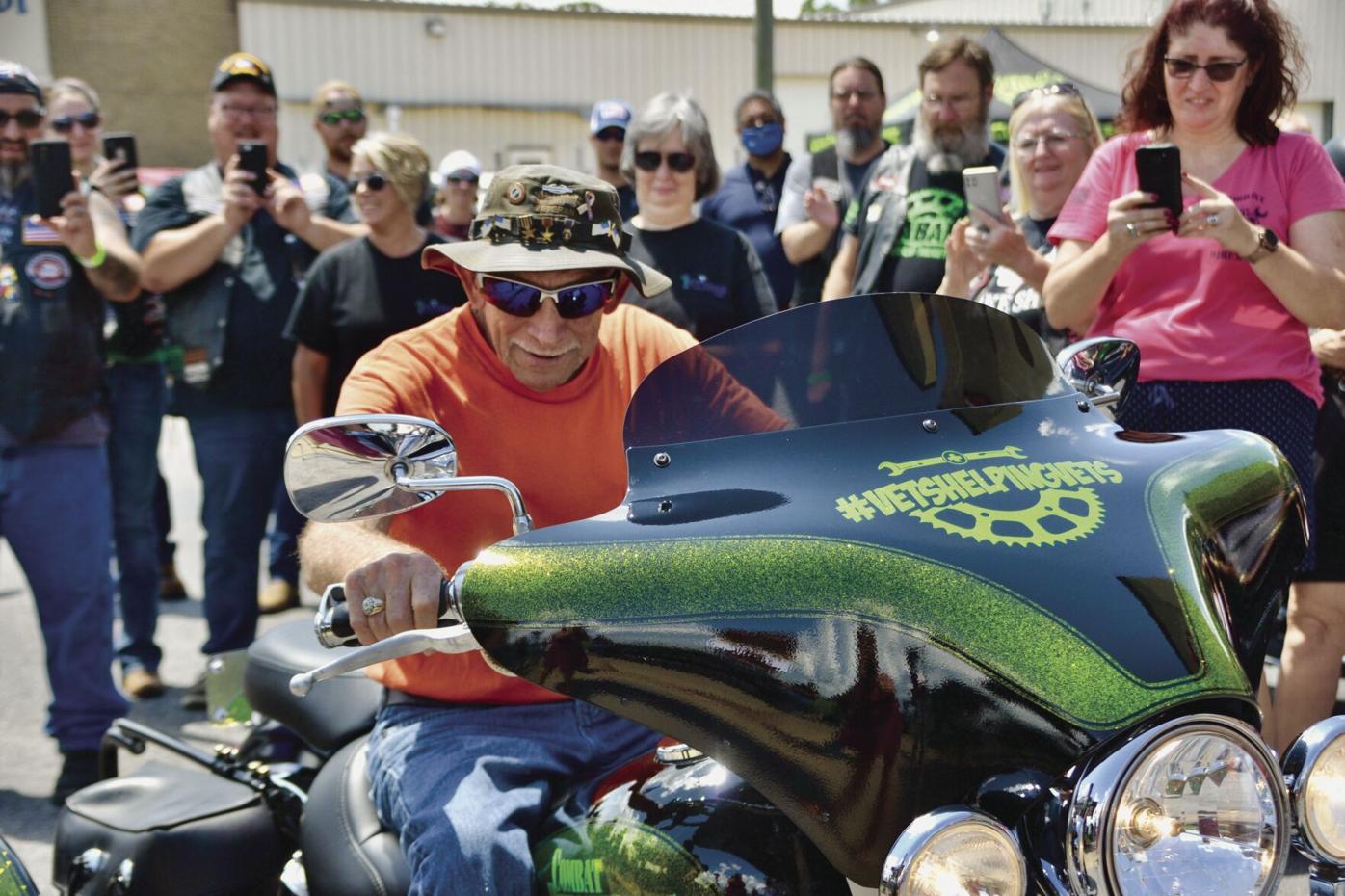 (Carmen Rodgers) Howard Davis looks over his new trike that was presented to him Saturday by Operation Combat Bikesaver. 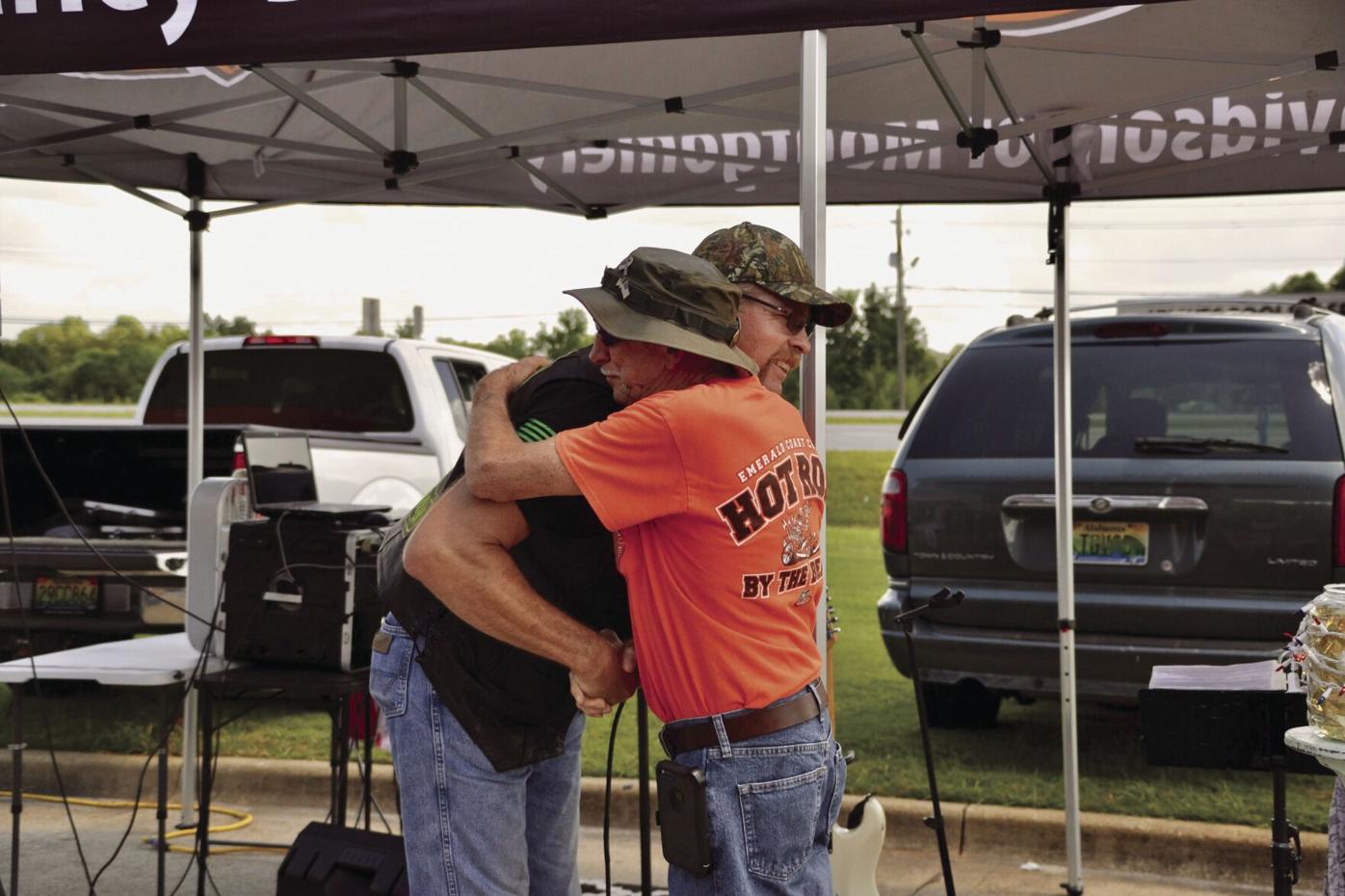 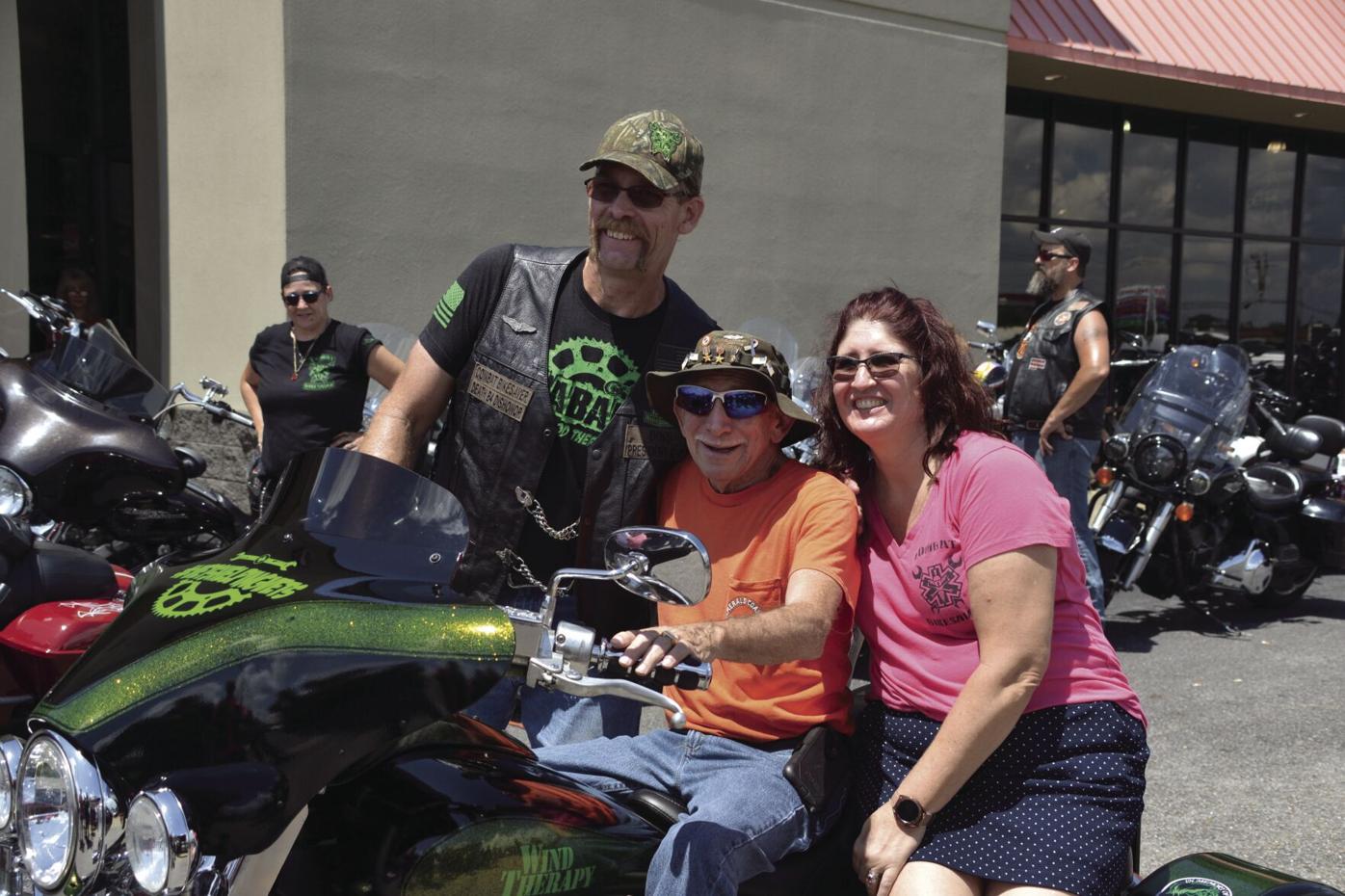 (Carmen Rodgers) Howard Davis looks over his new trike that was presented to him Saturday by Operation Combat Bikesaver.

There was a large turnout Saturday, Aug. 14, at Harley-Davidson in Montgomery where Operation Combat Bikesaver gave a decked-out trike to a deserving local veteran.

The Green Knights Motorcycle Club out of Charleston, South Carolina, donated the motorcycle; and once it was in the hands of members of Operation Combat Bikesaver, it was given fresh paint and fitted with new wheels so that it could be given to a local veteran who would not be able to ride a motorcycle without this special overhaul.

"We are giving this motorcycle to a terminally ill veteran," OCB's Rob Dinsmore said. "He is a Vietnam veteran, served two tours in Vietnam. He was awarded the Silver Star, the Bronze Star, and the Purple Heart."

The motorcycle was fitted with a trike kit that converted the two-wheeler into a three-wheeler, giving it greater stability.

"We are going to improve the quality of the last few months of his life while he's in hospice care by giving him a motorcycle and giving him the freedom to get out on the road on three-wheels. Where he doesn't have to worry about balance," Dinsmore said.

The custom trike was given to Howard Davis, who lives in Elmore. When Davis showed up Saturday, he had no idea he getting this special gift.

"He has no idea it's coming," Dinsmore said. "We worked with his wife Dot and his daughter Felica to set up this engagement and he knows nothing about it. We're going to surprise him."

It took the organization about 3 weeks to transform the motorcycle into a trike.

"Three weeks, being 12-hours a day, seven days a week. We started about two weeks ago painting it. It only took a few hours to put the trike kit on it," Dinsmore said.

This was not the first time that Operation Combat Bikesaver has transformed a bike into a trike for a terminally ill veteran.

"Last year, we were approached by a veteran who hadn't been able to ride in 5 years and he asked if there was any way we could put a trike kit on his motorcycle," Dinsmore said.

Operation Combat Bikesaver did just that, and this year they decided to do it again.

According to Dinsmore, about 8 to 10 "gearheads" had a hand in the motorcycle's transformation, but collectively, this was a group effort with many supporters.

While Davis gave a lot to his country during his service, giving him this motorcycle was less about paying it forward and more about a simple act of kindness.

Harley-Davidson of Montgomery also gave Davis riding gear. After the trike presentation, Davis took it for a short ride around the parking lot.

After his drive, Davis told his family, "you tricked me," with a smile as they shared a hug.

Davis expressed his gratitude to Dinsmore and his wife Stephanie, as well as everyone who played a hand in this special act of kindness.

"We're an adult daycare for veterans," Dinsmore said. "Every Sunday, we get together from 8 in the morning until 5 in the afternoon. There is no set schedule. You come and go as you please. We get together and we share camaraderie. We share jokes and laughter. We build motorcycles. We learn how to do things, if we don't already know how to do them. So, it is a learning environment. It's an environment to take people's mind off of post-traumatic stress, traumatic brain injury, and depression for at least eight hours of their week, and give them something to look forward to every week."

Operation Combat Bikesaver's doors are open to all veterans.

"If you are a veteran, come out and join us on a Sunday. Just show up. You don't have to be crazy to come out, but it helps," Dinsmore said with a laugh.