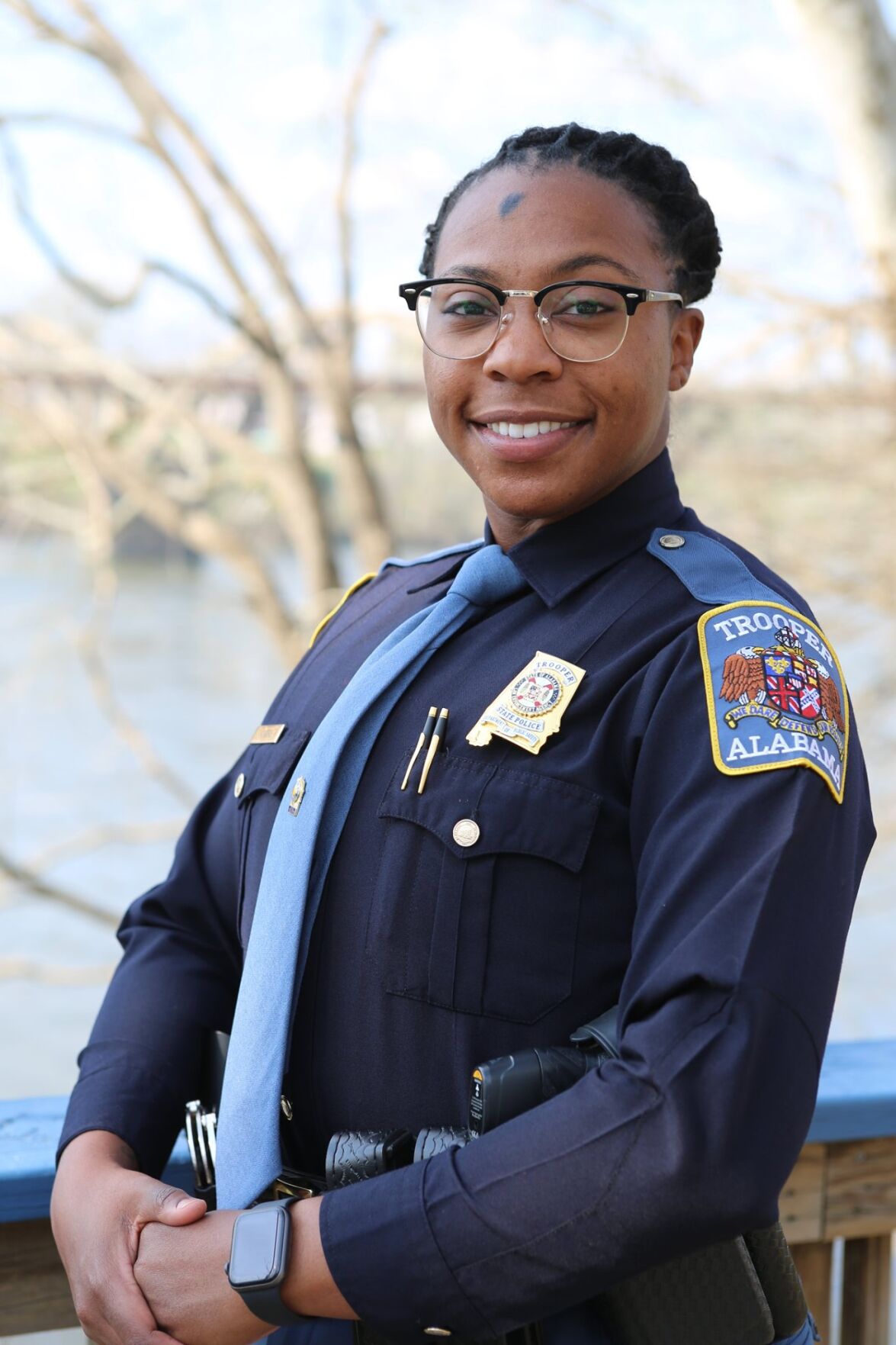 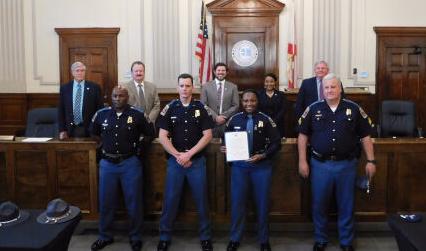 Elmore County’s first African American State Trooper, Alexis Rogers, was honored with a resolution from the Elmore County Commission at a meeting on Monday, March 22.

Rogers, a Tallassee High graduate and resident of Elmore County, began her career in law enforcement in 2017 as a corrections officer with the Alabama Department of Corrections.

In June 2020, she graduated from the Alabama Criminal Justice Training Center’s law enforcement training academy and became a trooper with the Alabama Law Enforcement Agency, serving in Elmore County.

When asked by Commission Chairman Troy Stubbs what led her to advance her career in law enforcement, Rogers said she felt that she was capable of more.

“I just felt as if I could do more on the outside before they make the mistakes that get them inside,” Rogers said.

“We are extremely proud of you,” Stubbs said. “This is an opportunity to be an influence for many of our young people who are often times looking for role models and individuals who have achieved success.”

“I’m proud of you for many reasons,” District 2 Commissioner Mack Daugherty said. “First, you’re from my district in Tallassee. Secondly, this is my 35th year in law enforcement so I know what the fraternity means. It’s a very special place to be. It’s a very special group because every one of you, you put your lives on the line for citizens every day and there’s no way we could ever say ‘thank you’ adequately enough.”