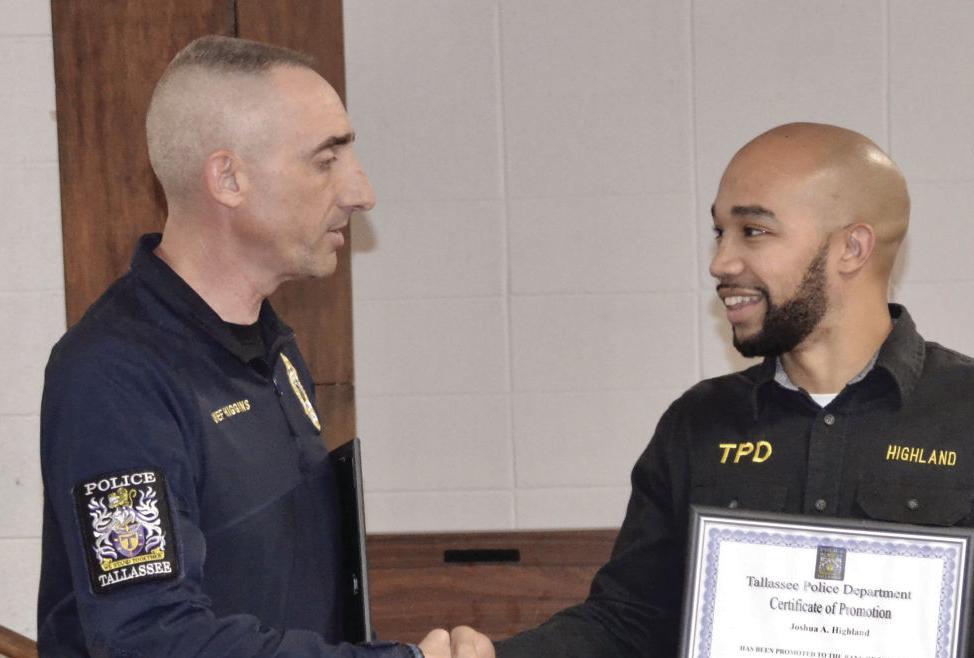 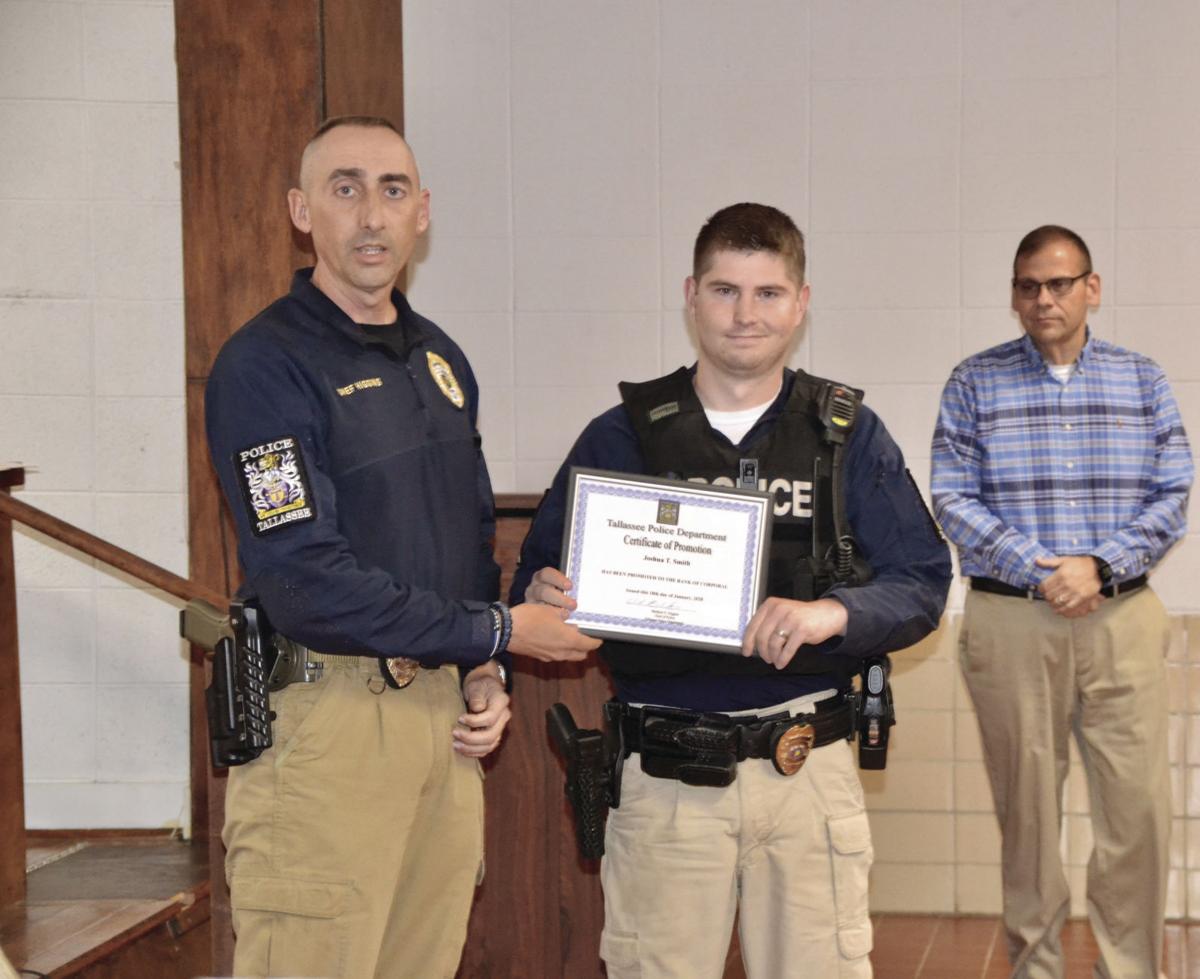 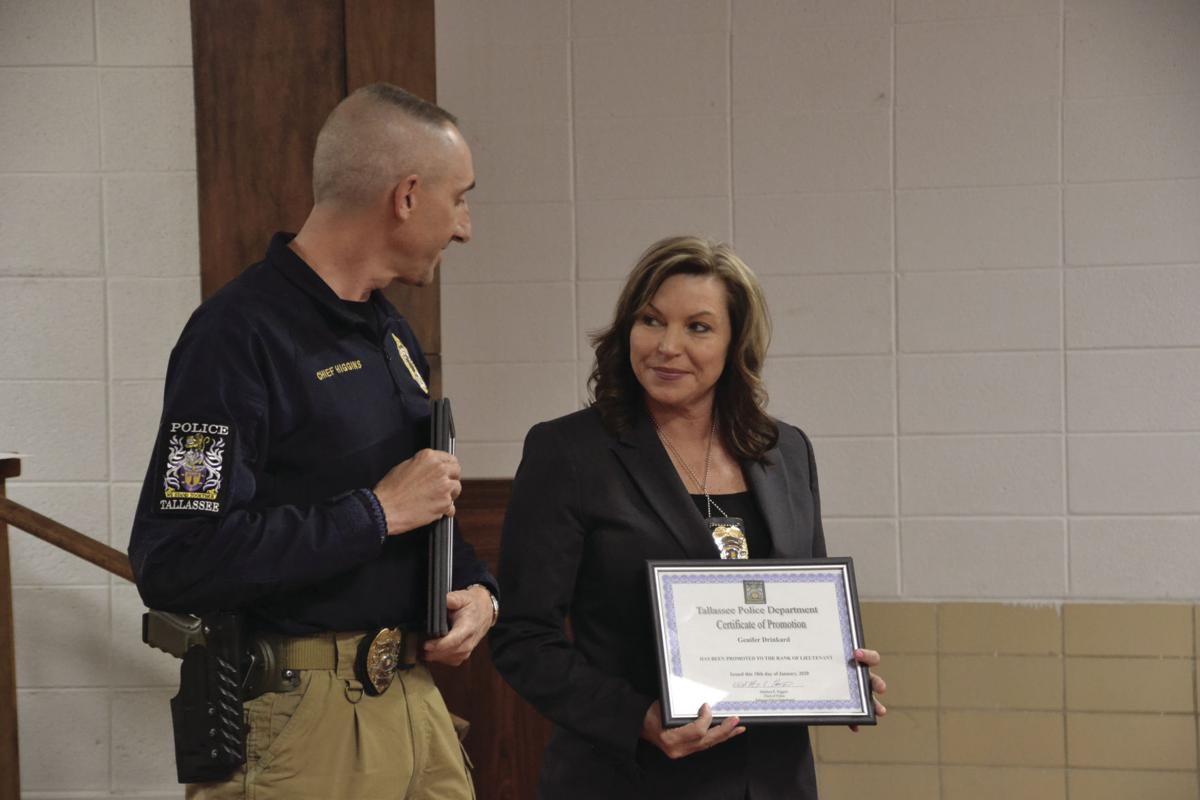 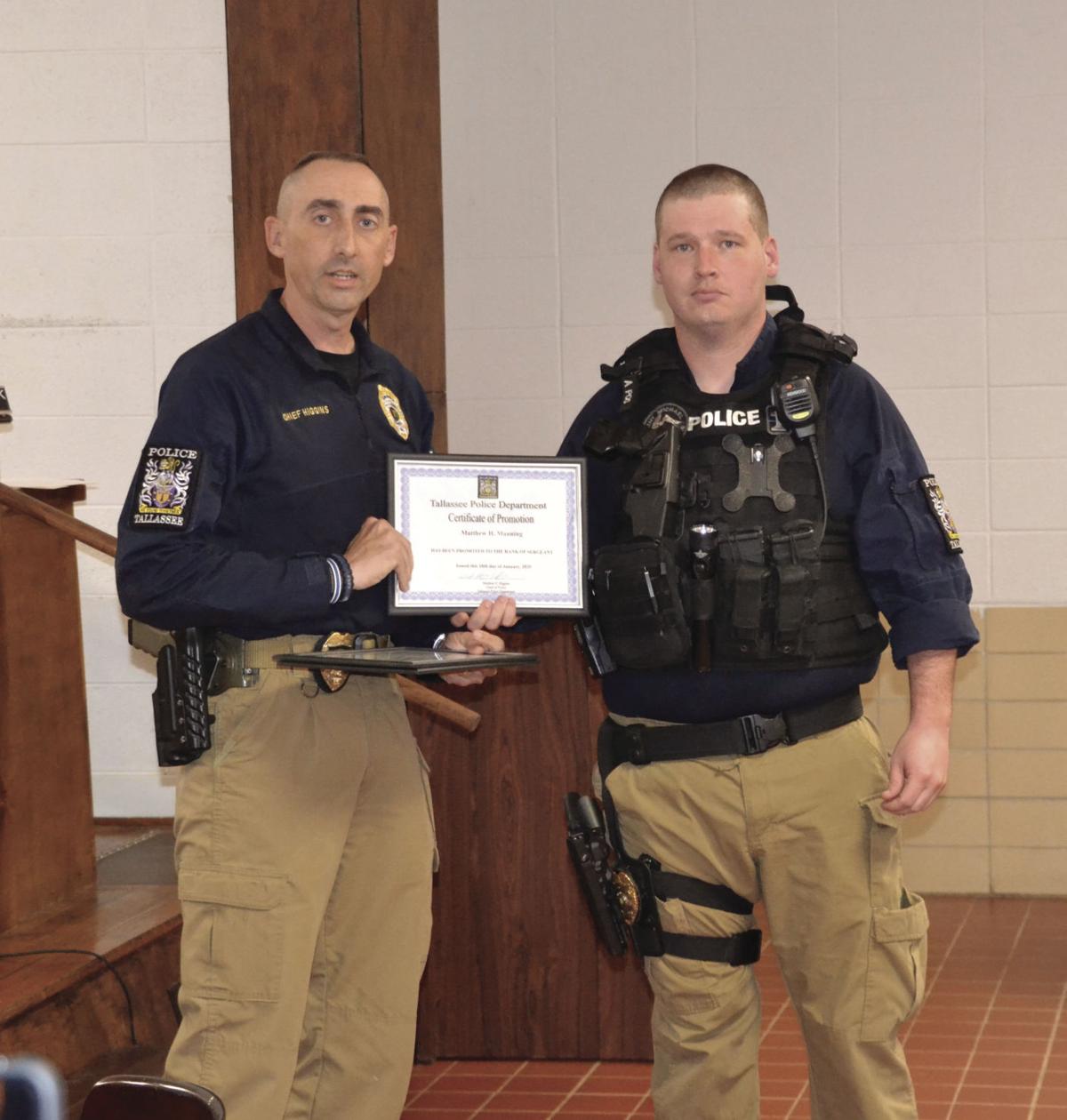 "I feel like these officers who do this job and this work that they need public recognition," Higgins said. "I want people to see who they are and recognize them and know that they have made another step in their career to get to that next rank.

"I appreciate the hard work that they do.”

"(Manning) is one of the nightshift supervisors,” Higgins said. “He is one of the people who is making sure that we're out here with business checks, traffic stops and the apprehension of felons. I would like to commend him on his work.”

"Corporal Highland was moved to the high school this year and he is doing an outstanding job as one of the SROs,” Higgins said. “I want to commend him for the job that he has done.”

"Corporal Smith is one of the daytime officers," Higgins said. "They do an outstanding job out here taking calls. Patrol is the initial point. That's where we’re out in the streets making initial contact with people and that's a big portion of the stats."

These members of TPD received a standing ovation from the council and everyone in attendance.

"I want to say thank you to not only the officers who were promoted here tonight but to all the officers," Tallassee Mayor Johnny Hammock said. "Police officers, thank you for the job that you do."

Deadline for DesignPlace is March 1

Tallassee is a community that has participated in the DesignAlabama Mayors Design Summit. Tallassee Mayor Johnny Hammock attended the summit last week. Participation in the summit offers the city an opportunity to advance the recommendations …

The annual Daddy-Daughter Dance will be held on Saturday, Feb. 29 at Restoration 49, located at 101 North Ann Ave. in the downtown district of Tallassee.

The Dixie Art Colony Foundation has announced its schedule of exhibitions and educational programs for the year 2020. According to foundation founder and director Mark Harris, the schedule will be their busiest and most robust schedule thus far.