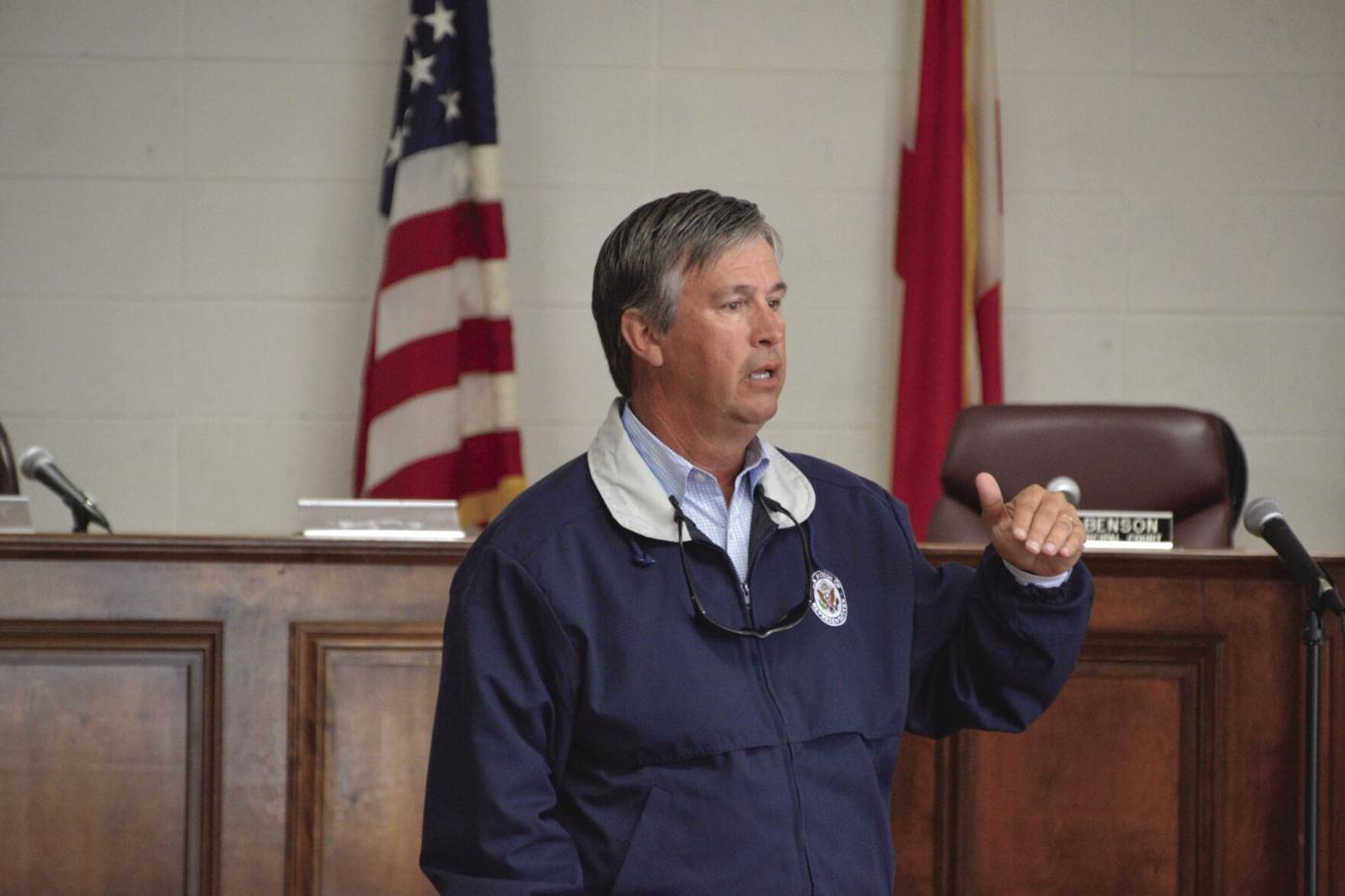 (Carmen Rodgers) U.S. Representative Barry Moore for Alabama's 2nd congressional district made a stop in Tallassee on Monday, April 5, at 10 a.m. at city hall for a town hall meeting. 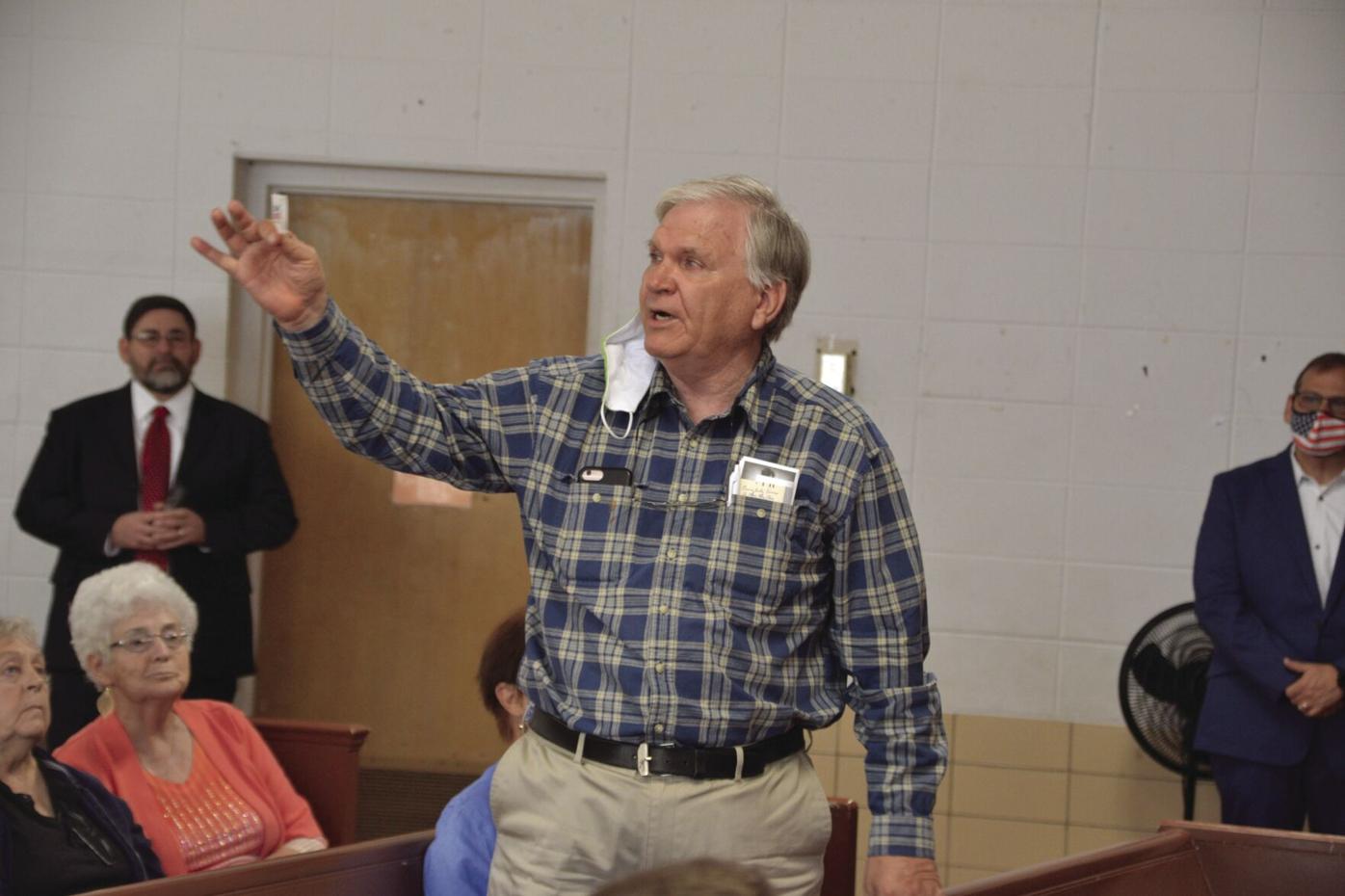 (Carmen Rodgers) Bill Patterson was one of many Tallassee residents who attended Barry Moore’s town hall. 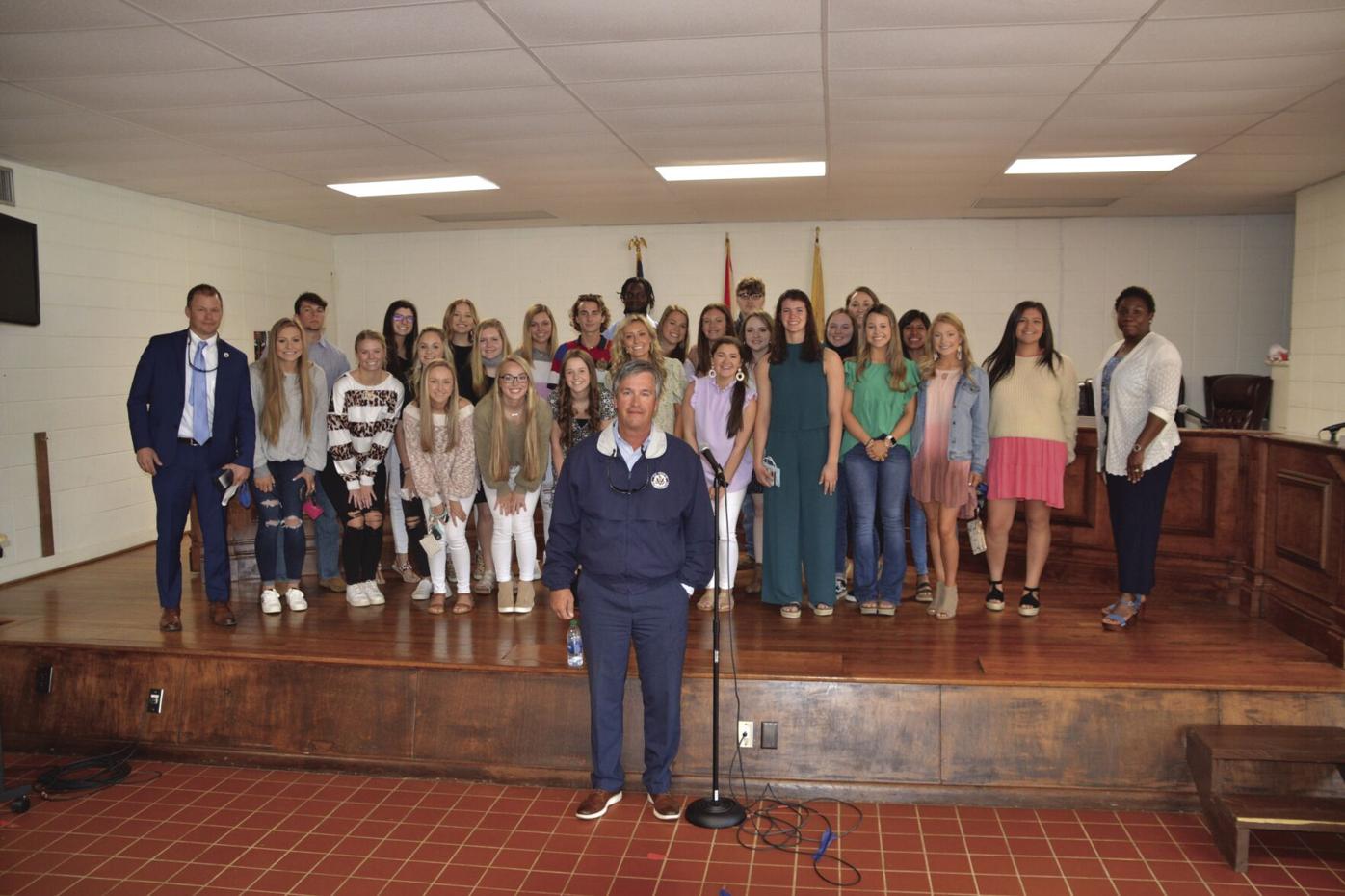 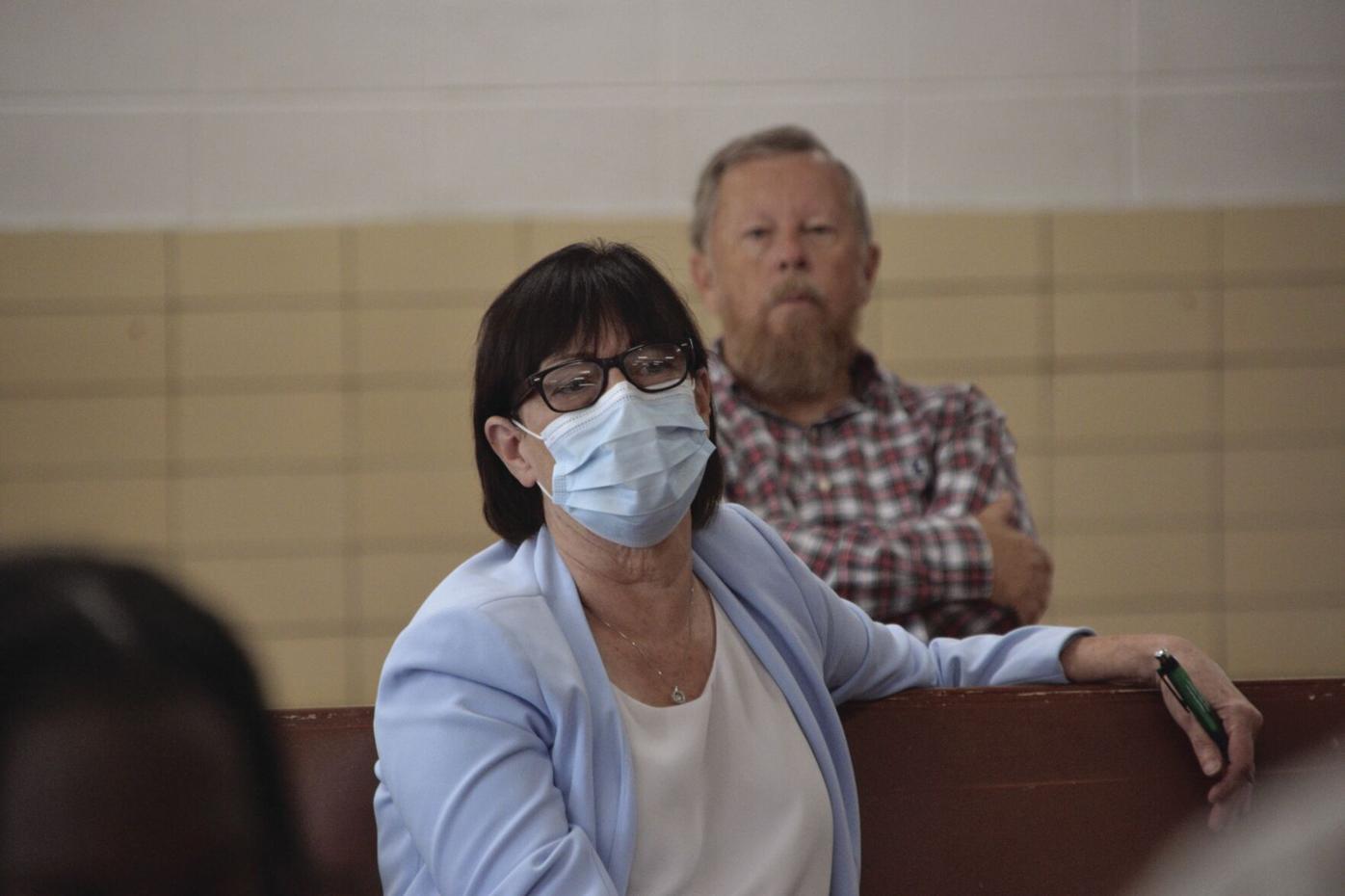 (Carmen Rodgers) Jennie R. Rhinehart administrator/CEO at Community Hospital talked about the difficulty of retaining healthcare professionals in the area.

(Carmen Rodgers) U.S. Representative Barry Moore for Alabama's 2nd congressional district made a stop in Tallassee on Monday, April 5, at 10 a.m. at city hall for a town hall meeting.

(Carmen Rodgers) Bill Patterson was one of many Tallassee residents who attended Barry Moore’s town hall.

(Carmen Rodgers) Jennie R. Rhinehart administrator/CEO at Community Hospital talked about the difficulty of retaining healthcare professionals in the area.

U.S. Rep. Barry Moore, representative of Alabama's 2nd congressional district, made a stop at Tallassee City Hall for a Monday morning town hall meeting. The chambers inside city hall were filled with area residents who had some tough questions during the visit.

Some of the topics included Major League Baseball's decision to pull the All-Star game out of Atlanta, truthfulness in media and government, term limits, rural school funding, the minimum wage increase, the U.S. border wall with Mexico, the latest rounds of stimulus packages and rural healthcare.

The first question came from councilman Fred Randall Huey, who asked about Major League Baseball's decision to pull the All-Star game out of Atlanta, GA.

"Georgia did what they had to do, right?" Rep. Moore said. "We've got to have election integrity."

Another question raised was transparency in both government and the media.

"Freedom of the press exists to keep an eye on government," Rep. Moore said. "The founding fathers created that so you would know what D.C. is doing. The problem is now, a lot of the media is in the tank. They are trying to push a narrative, so the problem is you don't actually get to hear the truth about what's going on in D.C., only if it fits the narrative."

"Term limits, obviously, I think are a thing that we need," Rep. Moore said. "We need term limits but not just for your congressmen, there need to be term limits on lobbyists. Because if you are not real careful, and we clean house and take any type of leadership back, then the lobbyists will lead the new congressmen around by the nose."

Another round of stimulus money would pump $1.9 trillion into infrastructure projects, but according to Moore, constituents in this area of the country may never benefit from that stimulus package.

Funding rural underprivileged schools was also a topic. While many schools in Alabama are in underserved communities, Tallassee has a 60 percent free or reduced meal student population. Tallassee Superintendent Dr. Brock Nolin asked if Rep. Moore will support the Rebuild the American School Coalition, which helps fund new school projects across the country. Moore asked Nolin to leave that information so that he could "look into it."

Another topic discussed was the U.S. and Mexican border and specifically immigrants who are trying to illegally cross it.

"Let me tell you about my trip to the southern border,” Rep. Moore said. “You talk about a mess, we have a crisis on our southern border. I'll just tell you, I met with border patrol. I went out there for three days and traveled the border. This was right after they started shutting down construction (of the border wall). In 2017 we had 8,000 foreigners arrested coming into the country. We are getting 3,000 a day, last month. Every six months that's a new congressional district.”

According to Moore, cartels control the Mexican border and multiple cartels control different regions of the border. A cartel will charge someone $3,000-$6,000 to cross the border, Rep. Moore said; if the person who wants to cross the border from Mexico cannot pay the cartel for passage, they are often given the option to smuggle illegal drugs into the U.S., or they can make payments to the cartel afterward by sending U.S. dollars back to Mexico.

"You're creating a drug smuggler or an indentured slave for the Mexican cartel because they have to make payments,” Moore said. “It is brutal what they are doing to those people."

"We need to put a tax on every dime we send back to Mexico and I am a no-tax kind of guy,” Rep. Moore said. “But if you are wiring money back to Mexico, then we need to tax it because we are trying to get these (immigrant children) into classrooms. We have to tote the medical bills. We aren't going to let them starve to death. There's going to be hospital bills. We are going to have to school them, we are going to have to educate them. Then, they are going to displace the American worker. We better figure out a way to recover that money if they are working with no social security number. If they aren't paying taxes, the American people just took on a huge burden.”

Rep. Moore said the facilities at the U.S. southern borders are at 760 percent capacity.

When asked about phasing in a $15 an hour minimum wage by 2025, Rep. Moore said, "What will happen is, once you establish that, the business will make adjustments. You will start seeing more electronic stuff like at McDonald’s now where you don't have to talk to anyone, you just enter your order on a kiosk. Minimum wage really should be a factor of the market."