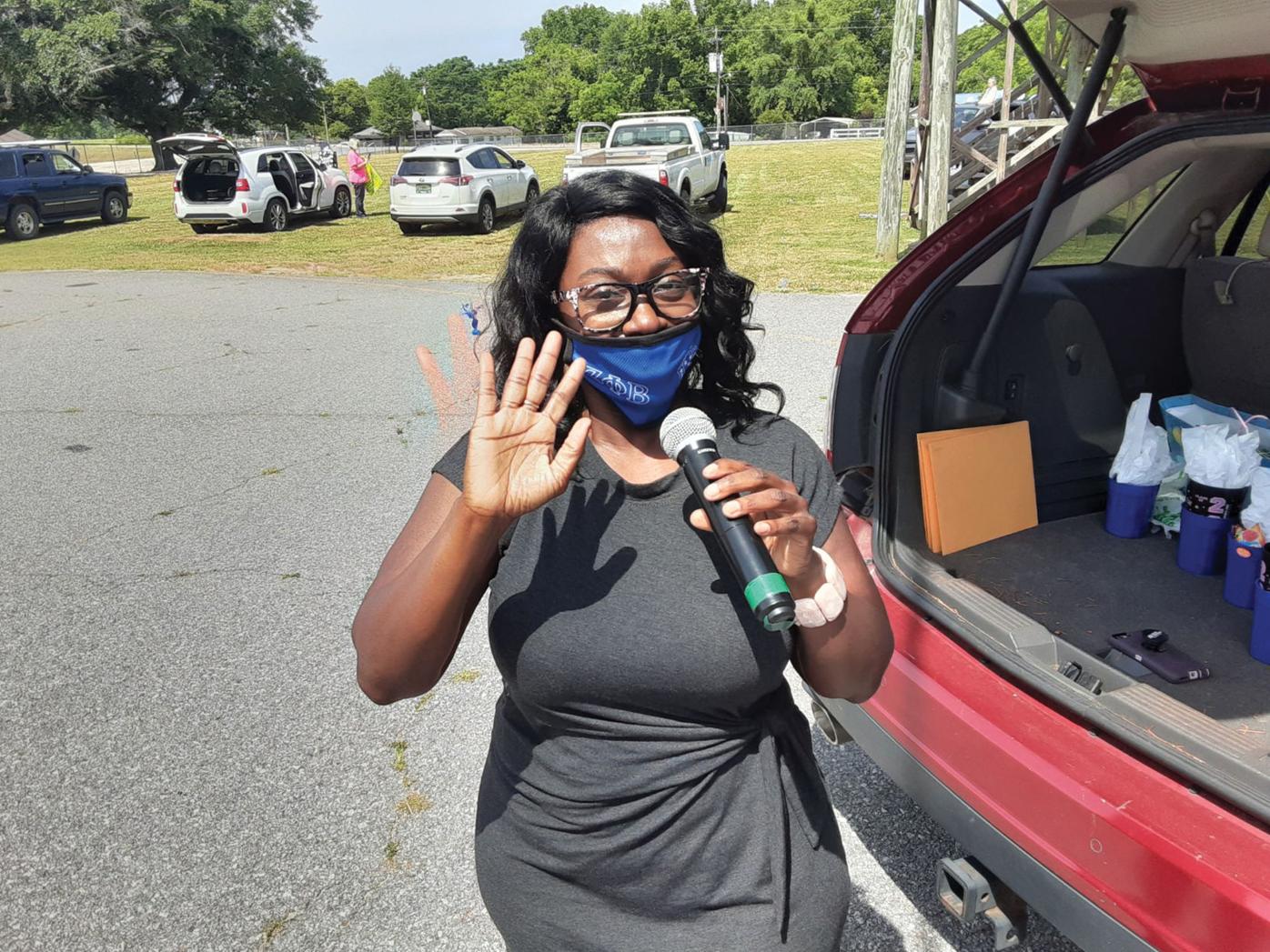 (Submitted) As her students drove through to pick up their diplomas, kindergarten teacher Katrice Wright announced each student by name over a sound system. 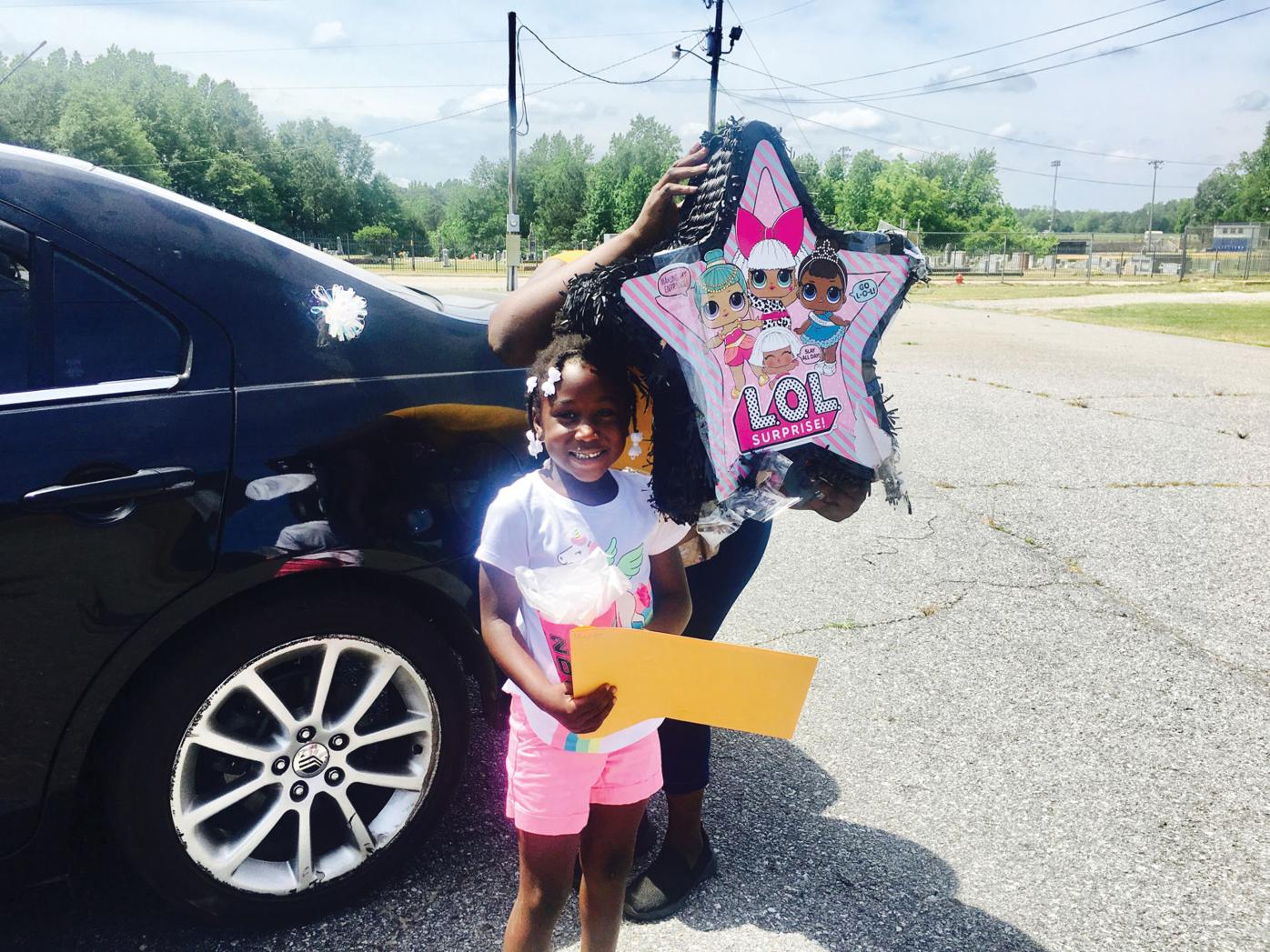 (Submitted) Majayla Lyles had a LOL Surprise theme in the parade where she received her kindergarten diploma on Friday, May 15. 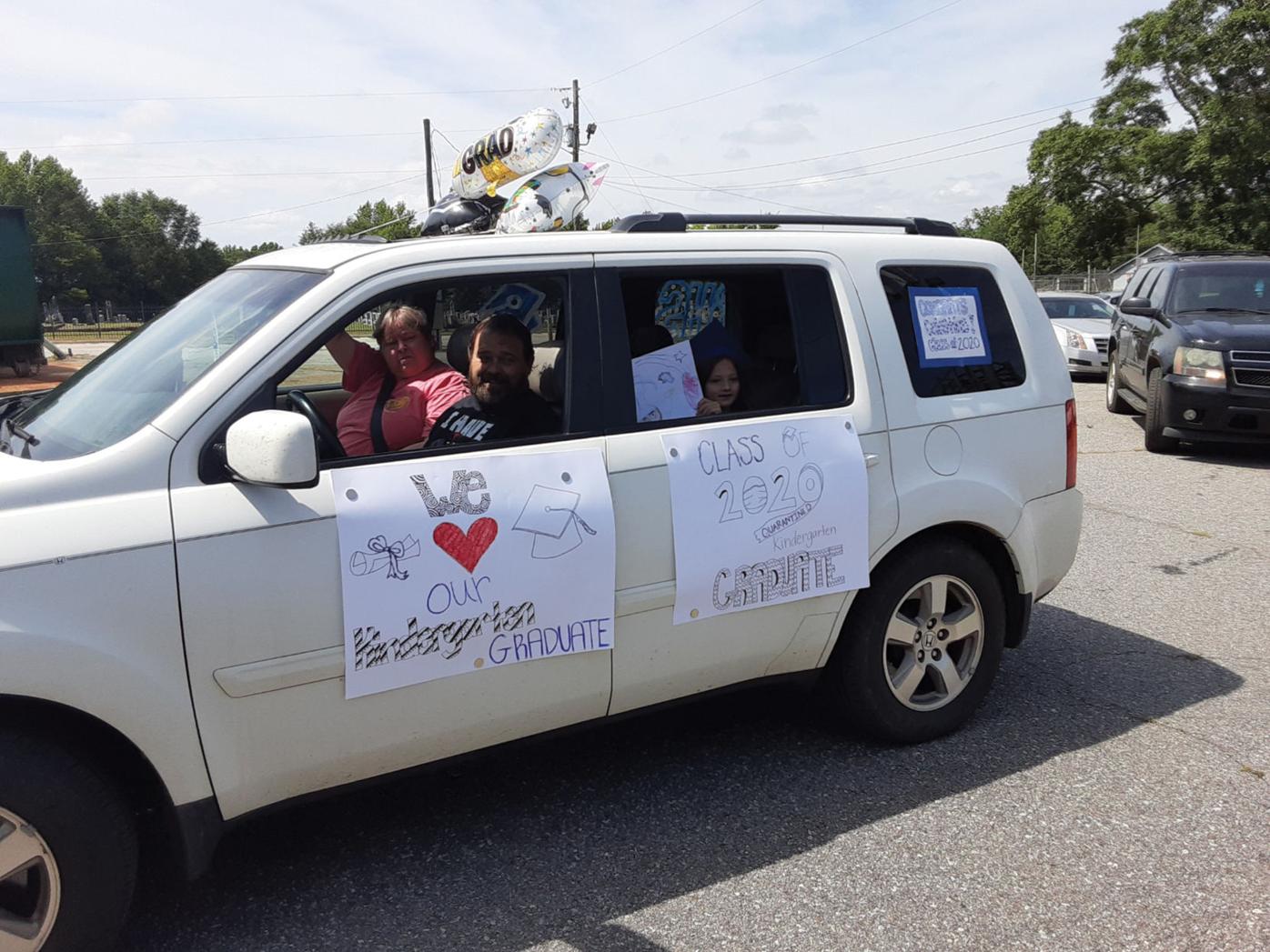 (Submitted) Celestine Wilson received her kindergarten diploma on Friday, May 15. 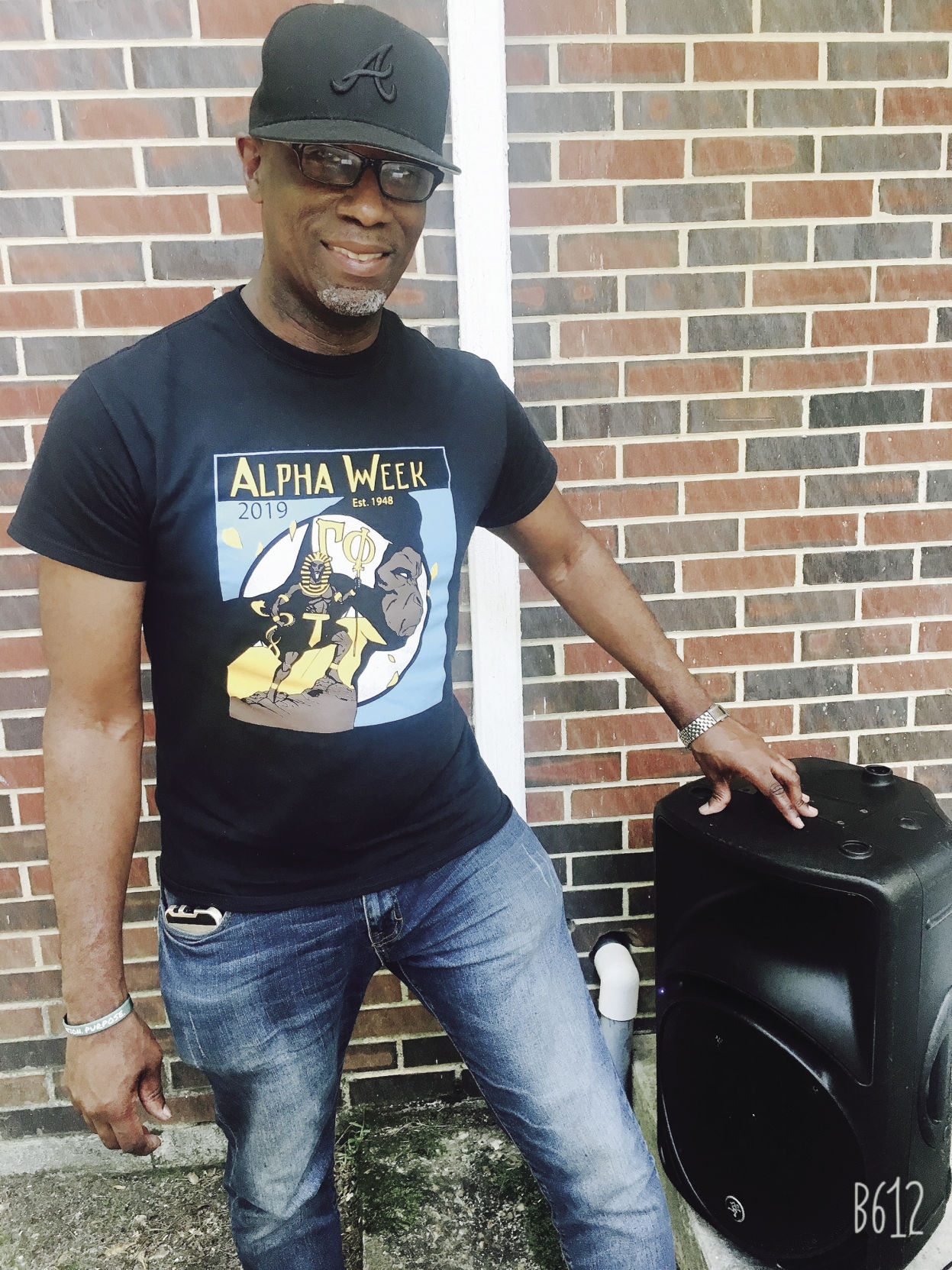 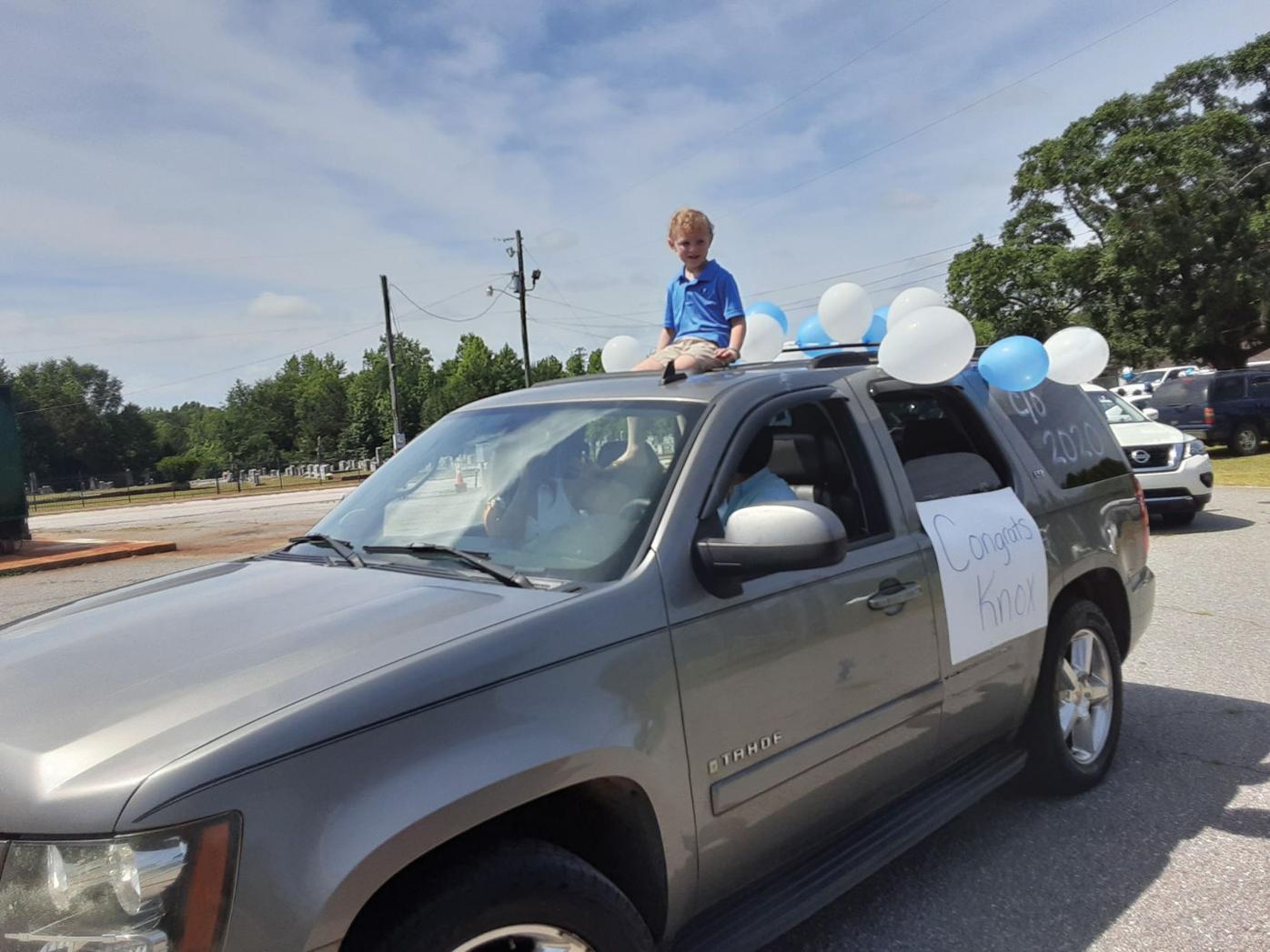 (Submitted) Knox Hood was through the roof during Friday's kindergarten diploma parade at RES. 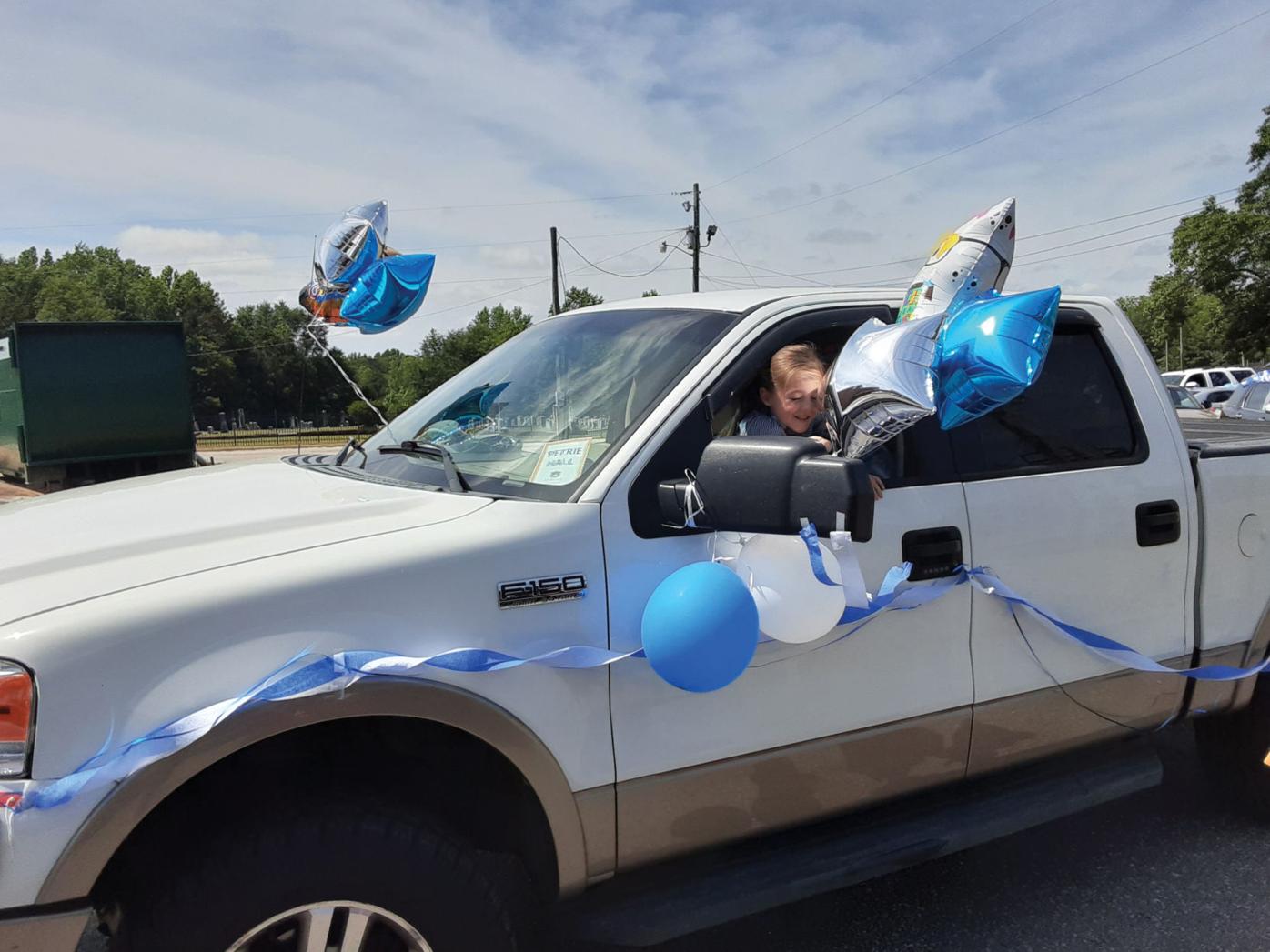 (Submitted) As her students drove through to pick up their diplomas, kindergarten teacher Katrice Wright announced each student by name over a sound system.

(Submitted) Majayla Lyles had a LOL Surprise theme in the parade where she received her kindergarten diploma on Friday, May 15.

(Submitted) Celestine Wilson received her kindergarten diploma on Friday, May 15.

(Submitted) Knox Hood was through the roof during Friday's kindergarten diploma parade at RES.

The pickup quickly turned into a parade as students dressed up in borrowed caps and gowns. Students who were not able to get their hands on a cap and gown dressed up in their Sunday best and one little girl dressed as a ballerina.

Wright even had a DJ there to play music for students as they received their diplomas.

"I wanted this to be special for the students," Wright said.

As students drove through to pick up their diplomas, Wright announced each student by name over a sound system.

Wright along with proud parents came together to make the day memorable for the graduating class.

"I need to make it as special as possible," Wright said. "I reached out to some of the parents and asked them if they wanted to decorate their car and have a parade. It just grew from there."

With so many decorations, Wright said it's difficult to say which parent had the best-decorated vehicle.

"I don't know," she said. "That's tough. They all did great. One parent had a theme on the car. The Loveladys theme was 'Emmy is Leaping into First Grade.’ She had a ballerina on the car and the student was dressed in her ballet outfit. It was cute."

Some students were able to borrow caps and gowns for the event; however, because delivery services are so far behind right now, they could not be delivered on time due to shipping delays.

"Some were able to borrow from relatives and siblings," Wright said. "The caps and gowns were on backorder. We never had a chance to order them through the school. So, I sent parents a link to order their own caps and gowns but they were like three weeks behind from the company."

Students graduate from kindergarten only once so Wright wanted to make this day a day her class would always remember.

"We will not get this time back," Wright said.

Not only did students enjoy the day but Wright said she did too.

Wright takes photos of students throughout the year and at the end of the year, she puts together a book of memories for each student. This year, she took measures to work on the project during the week of spring break; little did she know spring break would be the end of the school year for her and her kindergarten students.

"We have those moments where we see where God works," she said. "I actually took end of the year pictures of the students before we left for spring break, not knowing that we wouldn't come back. I make scrapbooks for each child of various things we do throughout the school year. I thought I can go ahead and get these pictures and work on it over spring break. When it was announced that we might have to be out another week so I was able to use those pictures in a collage and it's titled, 'This is the beginning of anything you want.’"

Wright wants her students to understand she is confident in their futures and to know they have bright futures ahead of them.

"I believe in my students,” Wright said. “Our schoolwide theme is 'Going from Good to Great,’ and I have great expectations for them. I want them to know they can do anything they want. This is just the beginning."

Wright believes as time goes on the coronavirus health pandemic will only be a vague memory for her students.

"I don't want anyone to be discouraged by the state of our living conditions right now," she said.  "We need to keep pushing that message. This is not the end of the world. This is the beginning of anything you want."

Wright said with so much time at home, away from others, she had to learn a few new things herself.

"Since the coronavirus and the quarantine, I've learned more things about technology because I had to do it by myself because we are social distancing," she said.

Wright said she is looking forward to seeing her students enter the first-grade next school year.