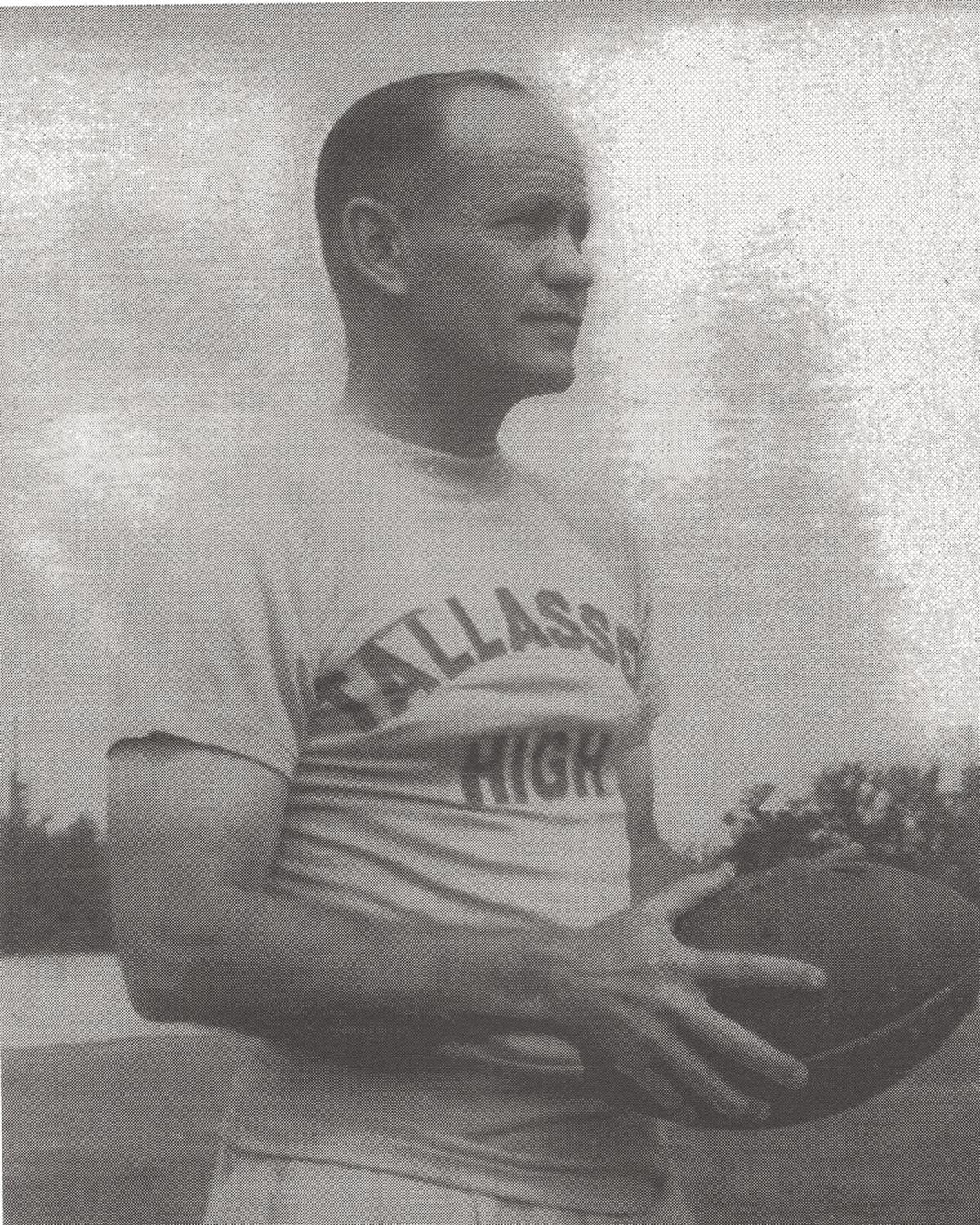 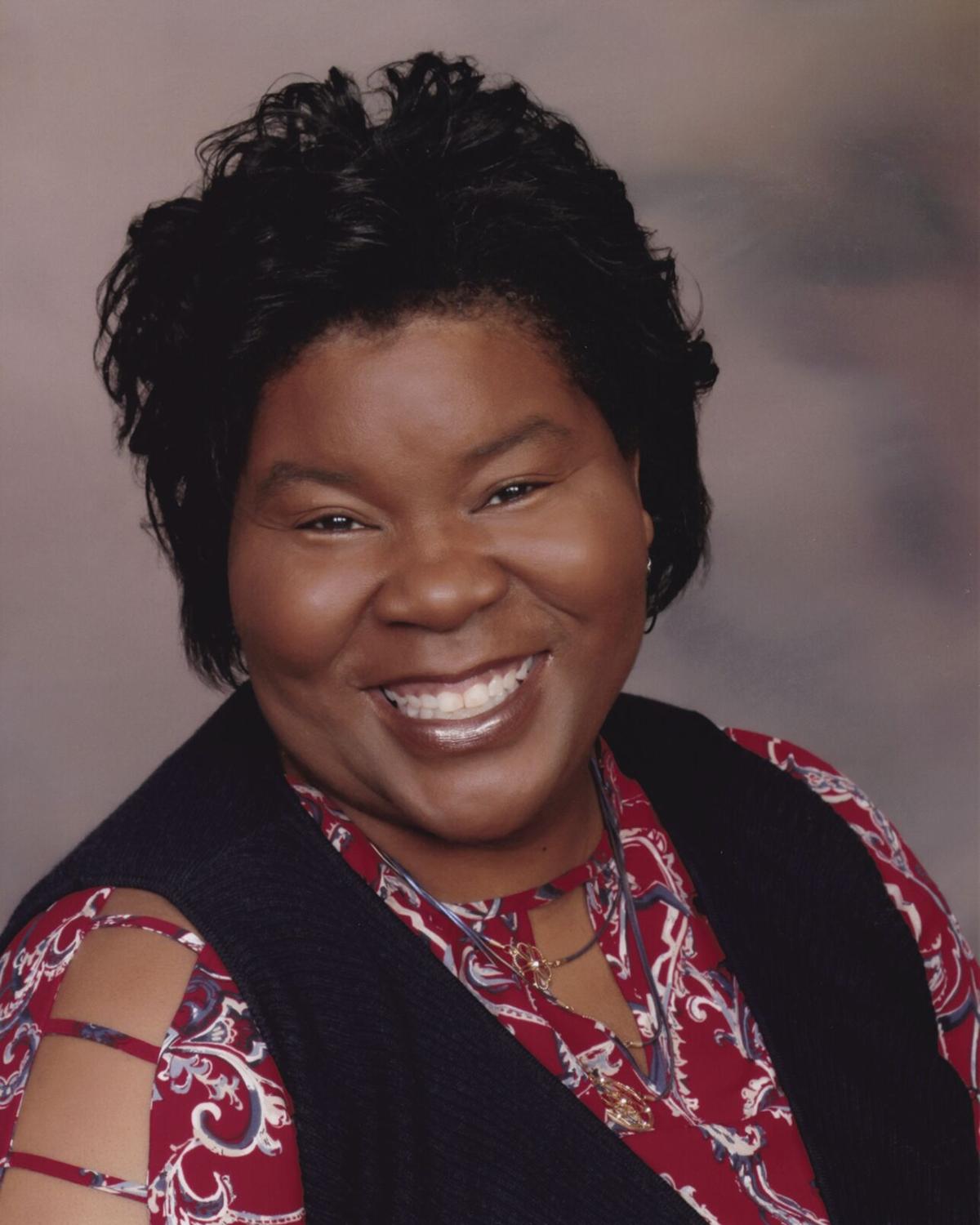 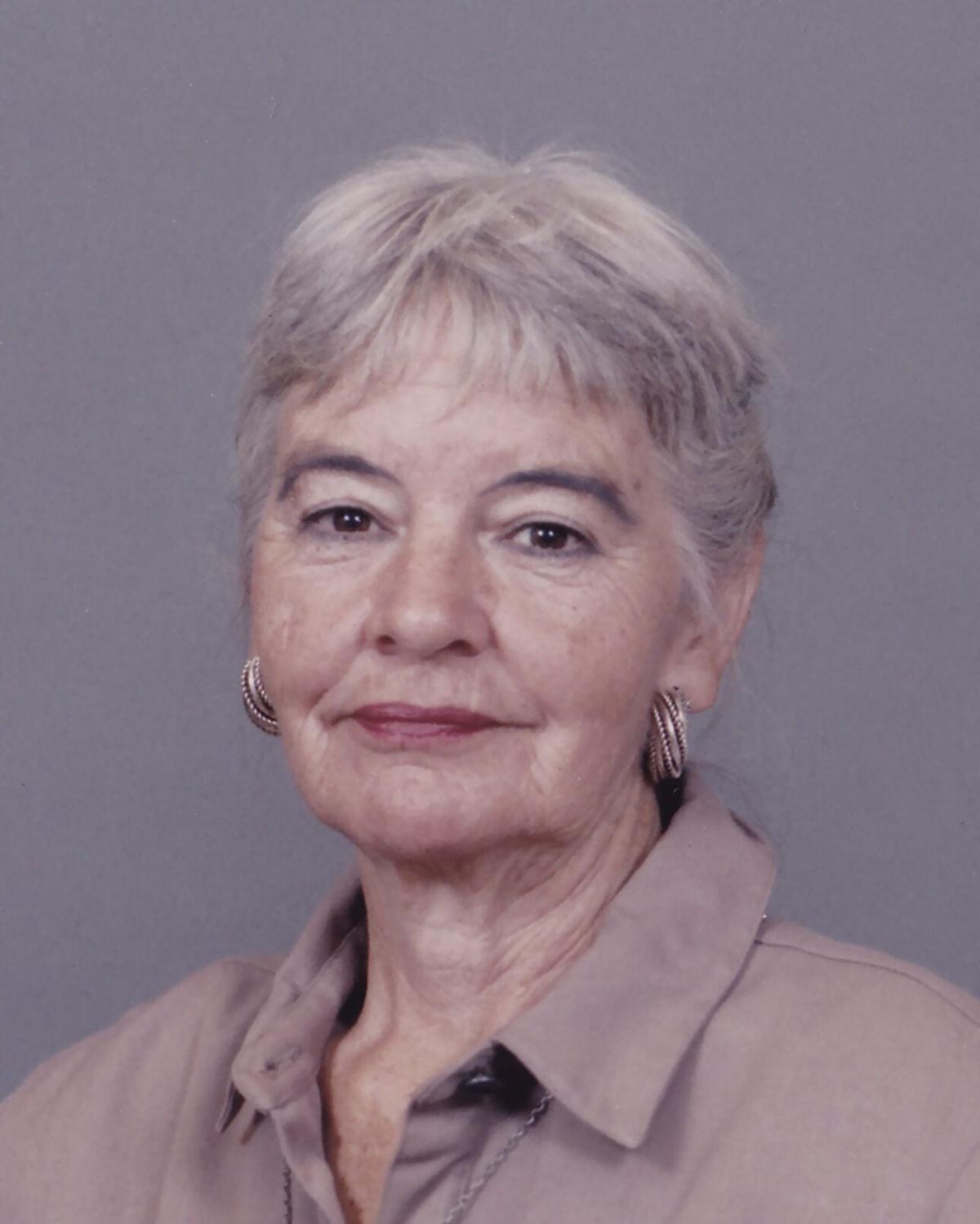 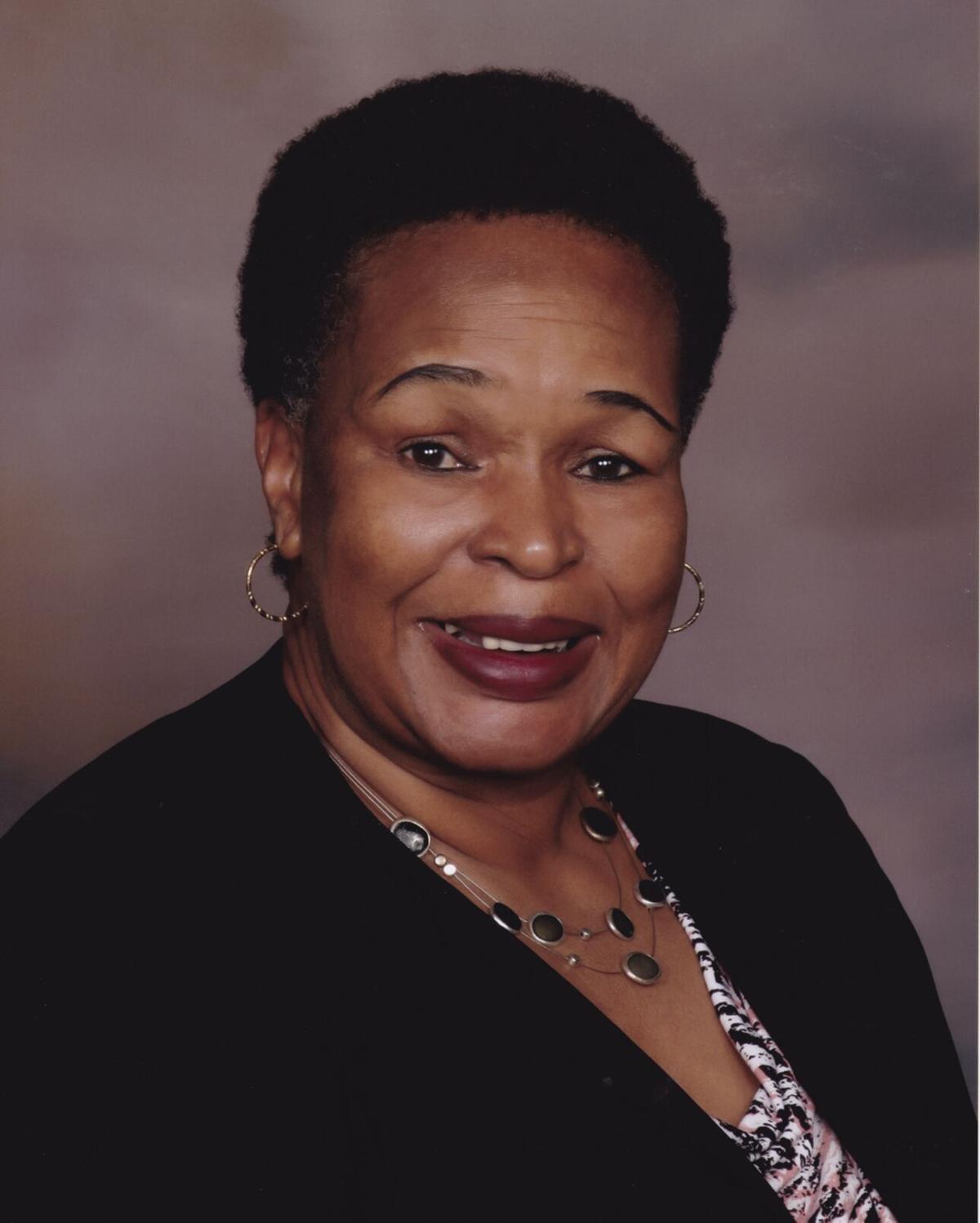 He graduated from Dadeville High School, Dadeville, AL in 1924, where he excelled in baseball, basketball, and football. He earned 12 athletic letters ("D"), in grades 9-12, and was the quarterback in 1924, his senior year.

Coach Hot O'Brien earned his Bachelor of Science degree from Birmingham-Southern College, Birmingham, AL in 1930 and a Master's degree from the University of Alabama in 1958. While at Birmingham-Southern College (BSC), he played football, baseball, and basketball for the BSC Panthers. He got his nickname "Hot" at BSC. Basketball coach Ben Englebert called O'Brien from the bench and said, "Get in there, O'Brien and get hot." The crowd heard the admonition and took up the chant. He excelled in the game and the press picked up the nickname and the legend endeared.

In his 33 years at THS, he was a teacher (math, physical education, diversified occupations), coach (football, basketball, baseball), athletic director, and THS principal (1959-1961). Coach Hot O'Brien coached the undefeated THS Tiger football teams (Oct 1941-Nov 1947), who won 57 consecutive games and established a national record. It stood for almost 20 years until it was broken in 1966 by Jefferson City High School in Missouri. For many years, O'Brien directed the Tallassee summer recreation programs for the Tallassee Mills. In 1946, the people of Tallassee gave Coach O'Brien a new Chevrolet sedan, in appreciation for his service to Tallassee.

In 1969, Tallassee's Stumberg Field was renamed "J. E. (Hot) O'Brien Stadium," in his honor. Eight years after his death, in 1985, the Birmingham News named him the Best All-Time High School Football Coach in Alabama. He was inducted into the Alabama High School Athletic Association Coaches Hall of Fame in 1999. In 2008, he was inducted into the Birmingham-Southern Hall of Fame.

Michelle Hayes Cole was born in Tallassee and attended Tallassee City Schools.  She graduated from Tallassee High School in 1992.

She is currently the Outreach Director for the Center for Environmental Studies at the Urban-Rural Interface (CESURI) at Auburn University and an instructor for Urban Forestry at Auburn University.  CESURI is housed at the School of Forestry and Wildlife Sciences and supports research, teaching, and outreach related to managing urban growth and our natural resources.  She manages the Center's website and most of its online presence through various forms of electronic communications, including an online newsletter.

She plans many educational events for students and, through her work, thousands of grade school children can see firsthand what university scientists are doing.

Cole is the Auburn University advisor for MANRRS (Minorities in Agriculture, Natural Resources, and Related Sciences).  Through this program, Cole helps students in the School of Forestry and Wildlife make connections in their field of study.  MANRRS "provides many mentorship and networking opportunities.  MANRRS offers students opportunities to enhance leadership, organizational, public speaking, and networking skills, and to experience professional critique of scholarly works" (Auburn University website).

She also directs the annual Resume and Interview Day for students at THS.  As the coordinator, she brings business owners and other professionals to THS to simulate real interviews, which helps prepare students for college and job interviews.  She conducts a "Dress for Success" presentation for all the seniors.

She is married to Kerry Cole, who is Chief of Projects for the VA hospitals in Montgomery and Tuskegee.

She serves as a Sunday school teacher and director of the Dance Ministry at Oak Grove Missionary Baptist Church, where Kerry is the minister and has served on the Tallassee Community Development Corporation.

Cole is the daughter of the late Warren Hayes and Della Hayes.  Her sister, Jessica, and brother, Scott are also THS graduates.  Michelle and Kerry have three children, Jacoby and Sinclair, THS graduates, and Micah, a current THS student.

Mrs. Olivia Pienezza Solomon THS Class of 1955 to be inducted 2021 Hall of Pride.

Solomon graduated from THS in 1955, where she served as editor of the Talla-Hi News, a member of the THS Long Blue Line, and Glee Club. Olivia was also a brilliant oratorical and debate champion.

She earned her Bachelor of Arts and Master of Arts degrees from the University of Alabama in 1958 and 1962. While at the University of Alabama, she worked in the Department of Theatre & Dance and was a member of Phi Beta Kappa Society, which recognizes academic achievement in the arts and sciences. In the summer of 1959, Olivia worked summer stock in New York City, Westport Country Playhouse in Westport, Connecticut, and the Ogunquit Playhouse in Ogunquit, Maine.

Solomon was a meticulous researcher and prolific writer. She and her husband Jack Solomon wrote and published more than 20 books on folklore, short stories, and local histories. They also wrote and directed many children's plays. During their writing years, Olivia and Jack focused on revealing Alabama culture through folklore, graveyard epitaphs, ghost stories, and homegrown recipes and remedies.  Their folklore works include Cracklin' Bread and Asfidity, Ghosts and Goosebumps, Zickary Zan, Sweet Bunch of Daisies, Honey in the Rock, and Gone Home.  A collection of her short stories, Wild Wildwood Flower, was published by Portals Press in Tuscaloosa.

Her most cherished work, Our Bethel, is an extensive history of her beloved First United Methodist Church of Tallassee, which was founded in 1853. She was instrumental in the erection of the historical marker for the First United Methodist Church of Tallassee and wrote its text. Solomon also wrote Tukabatchi Sketches, the life and times of the Muskogee (Creek) Indians and their seat of government at Tukabatchi, for the Upper Muskogee (Creek) Nation. Her book, The Tallassee Armory 1864-1865 is a record of the Civil War history of the Tallassee Confederate Armory and the Tallassee carbine.

Sylvia Farrow Phillips was born in Birmingham. Her family moved to Tallassee when she was three years old. She attended school in Tallassee, first at R.R. Moton School (1 st -8 th grades) and then Tallassee High School.

When she was in the 7 th grade, Tallassee City Schools started its integration plan, and students at R.R. Moton were given a choice to stay at R. R. Moton or attend THS. The Tallassee chapter of the NAACP decided that it was best for Sylvia to stay at R.R. Moton. During her 8 th grade year, the name R. R. Moton was changed to Southside Jr. High School, and she began her journey at THS in her 9 th grade year. At THS, she was on the Talla-Hi News staff, Student Council, and was the first Black Spirit Representative, elected her freshman year. She was one of the coordinators of the first student walk-out at THS. Minority students were concerned that there were no Black students on the Student Council or the two cheerleader squads. Working with THS principal Mac McArthur and counselor Paul Taylor, their efforts led to a change in the school’s constitution requiring at least two Black students on the Student Council and cheerleader squads. She and Twanna Miliner Brown were selected to be the first Black speakers at commencement their senior year.

In 1990, she accepted a job at Holtville High School in the Elmore County school system, and began a 17-year career of not only teaching but mentoring and guiding students. She served as textbook committee chairperson, cheer coach, volleyball coach, and senior class sponsor for the classes of 1993 through 2006. She wrote the Elmore County school system Alabama Occupational Diploma curriculum in 2002. She also developed the Lee v. Macon faculty training program for Holtville High School in 1999 and served on the faculty courtesy committee, the crisis management team, and was student council sponsor.

From 2007 to 2017 Sylvia Phillips worked in the Bullock County school system as Special Education coordinator. Her responsibilities included managing the special education budget for the county, supervising 17 teachers, and coordinating and conducting administrative evaluations and professional learning programs in Bullock and Macon counties. She served as chairperson of the disciplinary committee for the central office, and developed universal precautionary presentations for teacher professional development. She served on the Teacher of the Year selection committee and was a member of the Council for Leaders in Alabama Schools.

Her service to community extends beyond the classroom to her church, Oak Grove Missionary Baptist Church. She serves as superintendent of Sunday School and as President of the Women’s Auxiliary in the Elmore Rehoboth Baptist District and is a member of the Southeast Missionary Baptist Convention where she serves as chief lecturer for mission education.

Sylvia Phillips and her late husband Eddie Phillips were married for 38 years and they have two children, Monica and Nicole, both graduates of THS, two grandchildren, Roderick and Broderick, and three great grandchildren, Skye, Kinsley, and Promise.