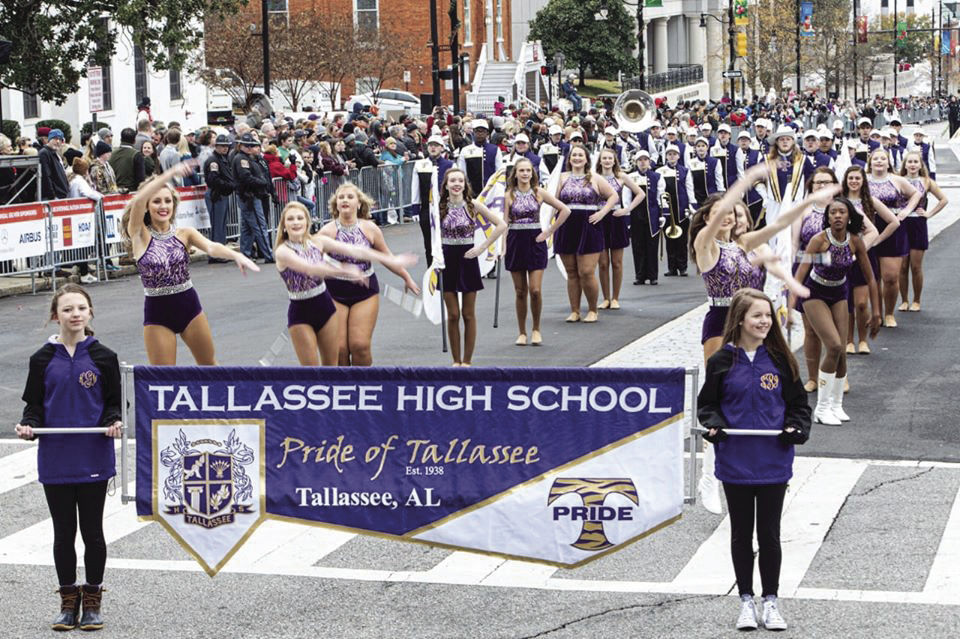 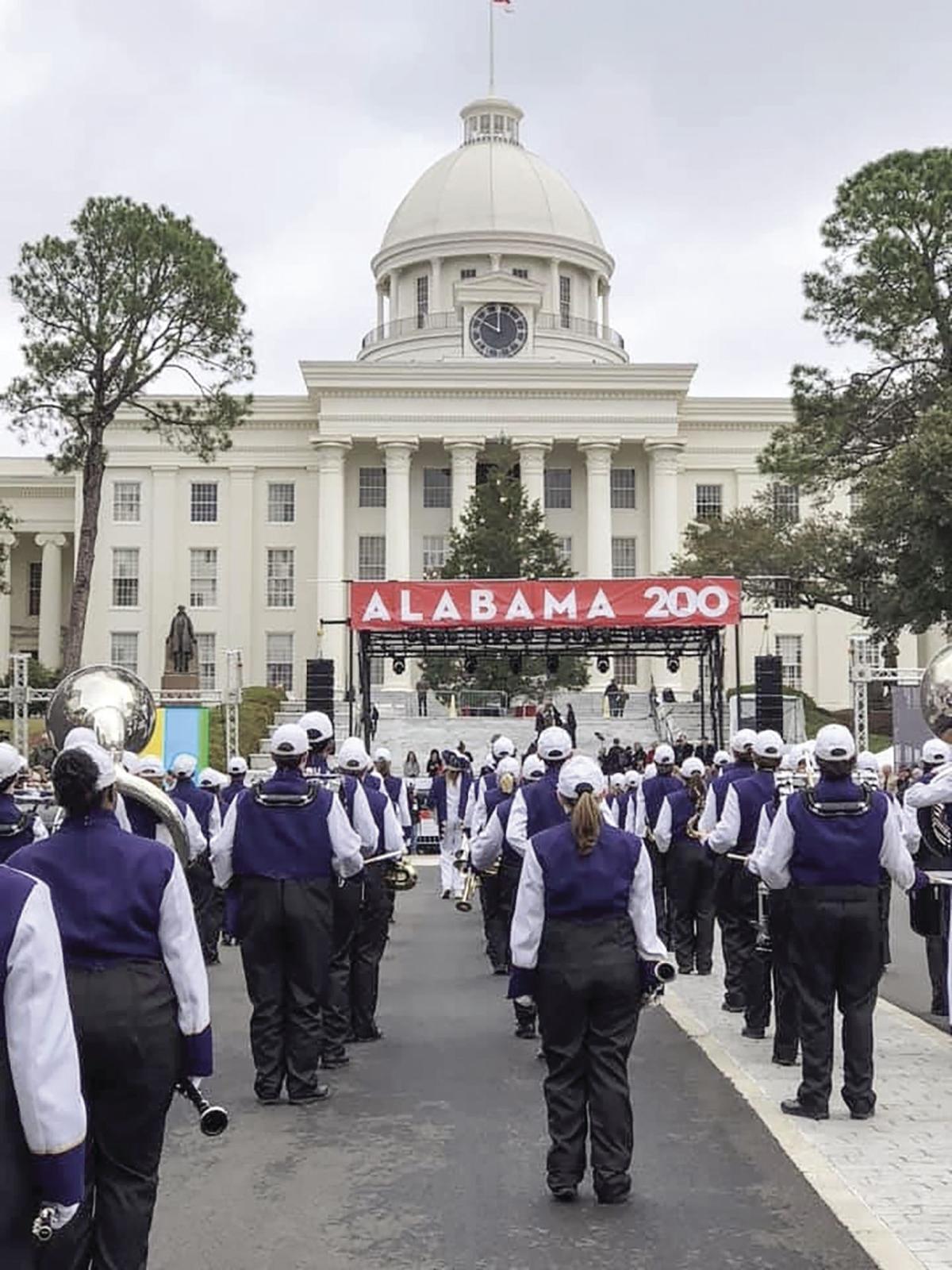 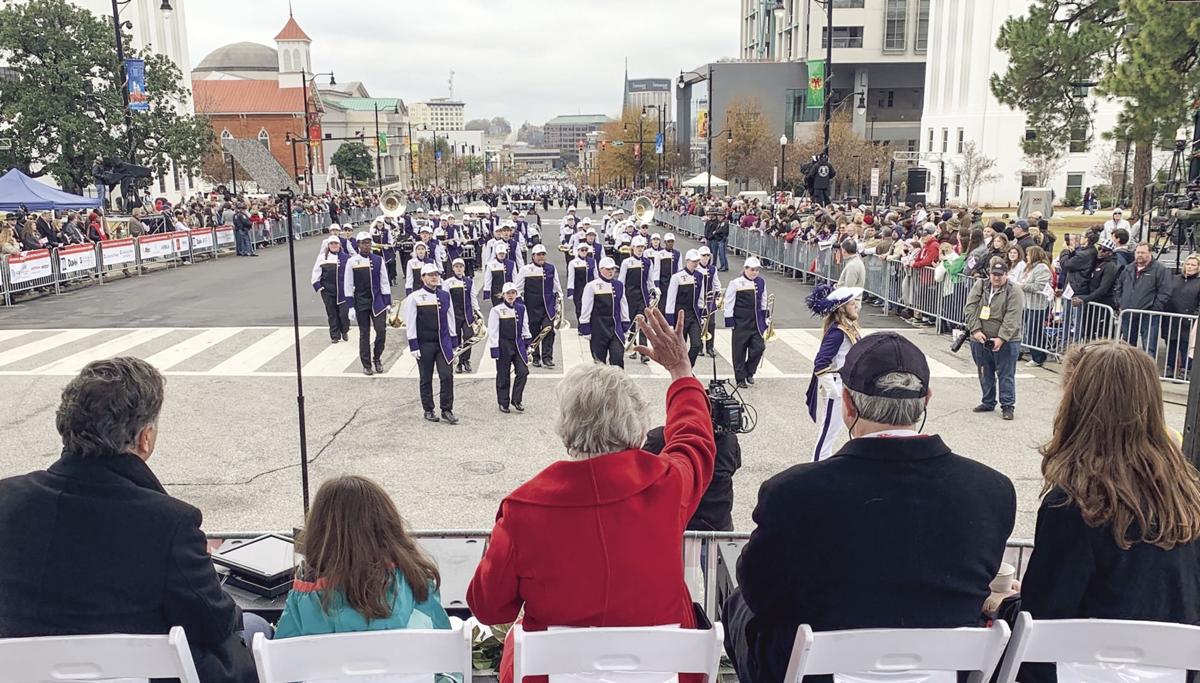 submitted / The Tribune Gov. Kay Ivey, center, waves to the Pride of Tallassee marching band during the parade.

submitted / The Tribune Gov. Kay Ivey, center, waves to the Pride of Tallassee marching band during the parade.

Montgomery and The Pride of Tallassee represented Tallassee High School and the congressional district in Alabama&#39;s Bicentennial Parade.

The band played the state song for Gov. Kay Ivey in front of the Capitol.

The celebration began at 10 a.m. with a parade of Alabama people, places and history.

According to al200finale.org, from the court square qountain a procession of marching bands, city floats, living history on wheels including the U.S.S Alabama Battleship Park and U.S. Space and Rocket Center, elected officials, children, beauty queens and special Alabama VIPs traveled Dexter Avenue toward the Capitol.

More than 70 entries from around the state showcased Alabama’s communities.

Social distancing is for everyone, even teenagers

Mayor Johnny Hammock made the executive decision to close all area parks and recreation areas after the state mandate on Friday, March 27. While Bell Park, Veterans Park, the Funtastic Fort are all closed, Hammock says area parking lots are f…

The number of positive confirmed cases of the coronavirus has increased to 157 confirmed cases statewide. As of 4:30 p.m.. Sunday, there are six cases in Elmore County, according to the Alabama Department of Public Health.

How many students know what they want to do when they grow up? Since 2015, the Career Discovery Expo has been helping students explore career paths that will keep them close to home, be relevant in today’s economy and they will enjoy.