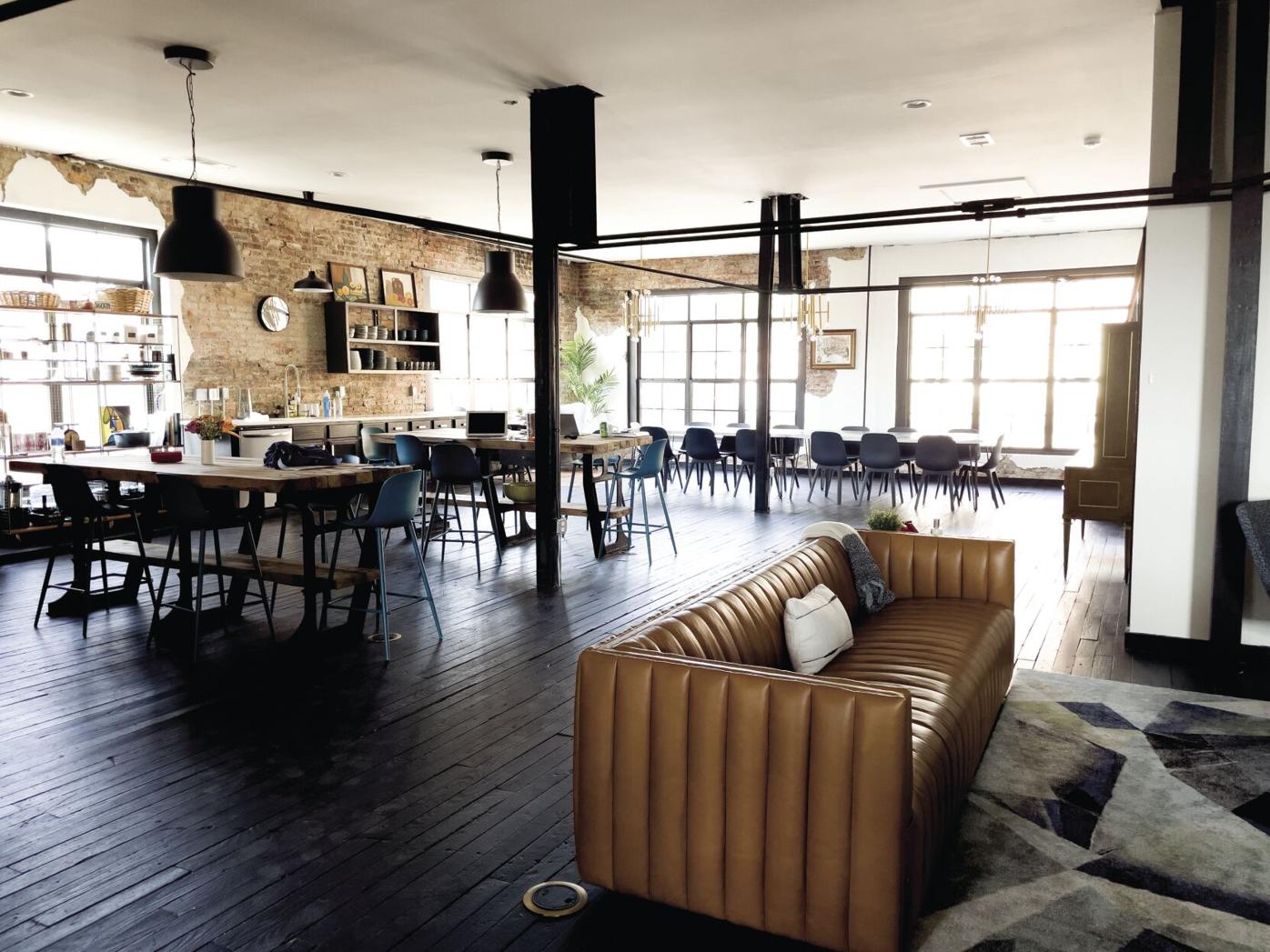 (Carmen Rodgers) The upstairs loft can seat 24 guest and can accommodate a party of 50. 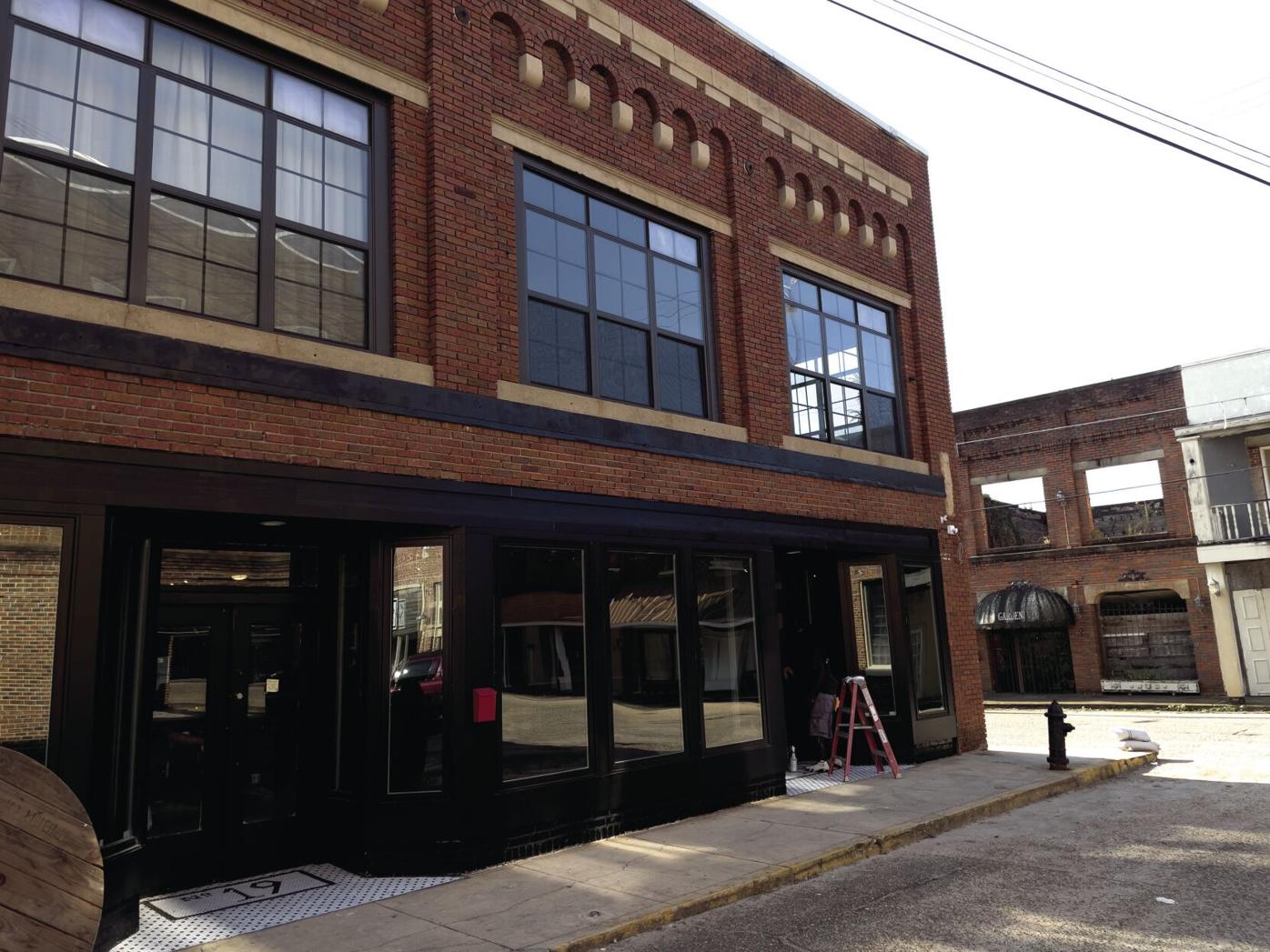 (Carmen Rodgers) The final touches are being made for the opening of Grove Station in downtown Tallassee. 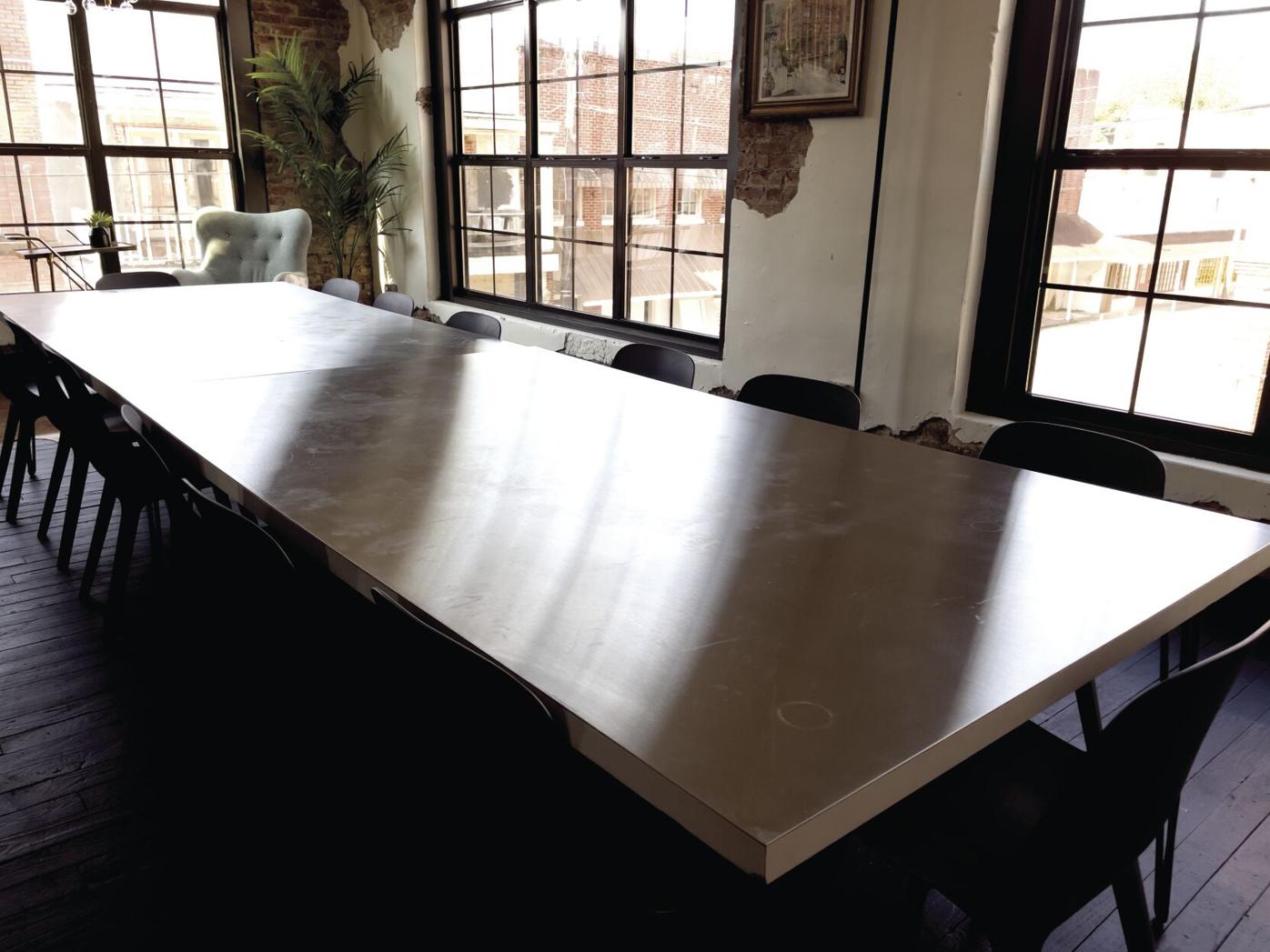 (Carmen Rodgers) The upstairs loft can seat 24 guest and can accommodate a party of 50.

(Carmen Rodgers) The final touches are being made for the opening of Grove Station in downtown Tallassee.

Grove Station in downtown Tallassee is putting the finishing touches on just before opening to the public. This unique venue will offer a bakery and butcher shop on the first floor of the building while upstairs there is an eclectic urban style loft that offers plenty of room for dining in an open kitchen atmosphere. The loft has two bedrooms and two bathrooms and can accommodate various functions.

Amber Bonds will be the executive chef at Grove Station. Chef Bonds, from Millbrook, began her culinary career in a small mom-and-pop restaurant. That was followed by a job in a pizza restaurant. Not long after, Bonds decided to move up to the next level, culinary arts.

"While I was in school, I was recruited by the Montgomery Country Club and Capital City Club. I decided to leave the pizza restaurant to work at both clubs."

Bonds graduated from Trenholm Community College and went on to work in other well-known restaurants in the tri-county area.

Bonds was also the executive chef at Coosa Clever in Wetumpka.

According to the owner, Corrie Sid, Grove Station aims to open on Sept. 21. But some issues could cause some delay.

"We are trying. It really is the supply chain breakdown. Our oven is on backorder. It's scheduled to be here on the 30th. We can open without it, we'll have to be limited on what we choose to do," she said.

At this point, Sid said she can see the finish line.

Grove Station will offer select beer and wine. Patrons can purchase wine in a bottle and six packs of craft beer.

"We can sell it by the glass too," Sid said.

There will be 24 seats available in the downstairs space, but the establishment will not be a sit-down-service-style eatery.

"Even though our space is all open, we are not a full-service restaurant," Sid said. "You're going to order and find a place to sit. It could be in our place, or it could be somewhere else."

Food orders will be delivered in takeout containers.

"We really are a salad and sandwich shop," Sid said. "We have a whole section of walk up and pull out of the cooler, and take it with you."

The food served at Grove Station may have a traditional name, but the recipe may not be a local custom.

"We'll have a chicken salad. Ours doesn't have any mayonnaise in it. We are doing an Asian-based chicken salad with fresh red and yellow peppers, cilantro, soy sauce, and sesame seeds. Something a little different. And you would get it in a to-go container," Sid said.

Sid said there could be a few other foreign-inspired menu items, and she gave an example of customary popular Parisian style cuisine.

"We are interested in a French baguette sandwich. Not your typical Subway sandwich. This sandwich is very traditional in Paris where you would go into any bakery or boutique type of café and it's already done. The sandwich is on a sliced baguette, and it has butter and very nice ham. I am talking ham off of the bone, not ham from a bag, not lunch meat. Real ham. And cheese, if you would like it or not. That's it. There's no lettuce, no tomato, no mayonnaise. It's very basic," she said.

Sid is a Tallassee native and she has no desire to negatively impact local businesses of similar nature.

"We are not going to put anyone out of business. We are trying to elevate the palate, and try to give people something that is a little better for you because it is fresher and high quality," she said. "We really want to help other businesses grow."

On the second floor of Grove Station, patrons will find an urban-style loft that will hold special events.

"Upstairs is pretty much done and downstairs we are only waiting to fill with equipment," Sid said.

Grove Station will hold its first hosted event on Sept. 25.

"That's our Seafood Social. We were just going over the menu," Sid said. "We have 24 seats."

While guests can expect seafood at the upcoming hosted event, the specifics will be up to the chef.

Sid did give a brief preview of what guests might expect at the Seafood Social.

"We were talking about plated oysters. There will be two raw and two baked (oysters). We are going to see something a little different. You're not going to see any hot sauce on this dish. And we are probably going to do a French version of a mignonette sauce," she said. "That's an example of our starters, and we'll do several little starters."

Right now, the Seafood Social's menu is four starters, a main course, and a dessert. Pairings will also be available.

"That's what's included in the dinner. We are looking to do pairings with that. It's not included in the price. For those who aren't drinkers, we'll offer beverages, but any alcoholic beverages will be on top of that."

While the Seafood Social will host 24 seated guests, the venue can accommodate a standing-room-only party of 50.

"We want community experiences. We want our community to come together and be around food," Sid said.

For many practical reasons, Sid plans to provide the community with a unique culinary experience in a smaller space.

"To minimize waste, the more we can predict what's happening, the better we can plan, and the better quality we can provide. I can't do a kitchen full of food that sits there and hopefully, someone will order," she said.

Grove Station also has plans for wine tastings in the future.

"And the same with beer. We are trying to stay in the craft beer world and Alabama has a great craft beer scene," Sid said.

There will also be a mercantile downstairs that will offer a variety of high-end culinary merchandise.

“We have always been a farming town, and we’ve lost our way. I grew up eating peas fresh from the garden and if you wanted a pepper with your peas, you went and picked it from outside your own door. We want to show people how to take those really good fresh ingredients and turn it into something very tasty. Going back to the basics,” Sid said.

All-in-all, Sid hopes the introduction of Grove Station in the community will positively influence future progress in the area.

"Everything we do needs to support downtown Tallassee growth. We aren't trying to be the only shop here. We need more businesses down here to make us better," she said.