Former Alabama Speaker of the House Mike Hubbard has asked the courts to release him from prison to allow Hubbard to maintain his FCC license and keep employees working while paying more than $205,000 in fines and restitution. 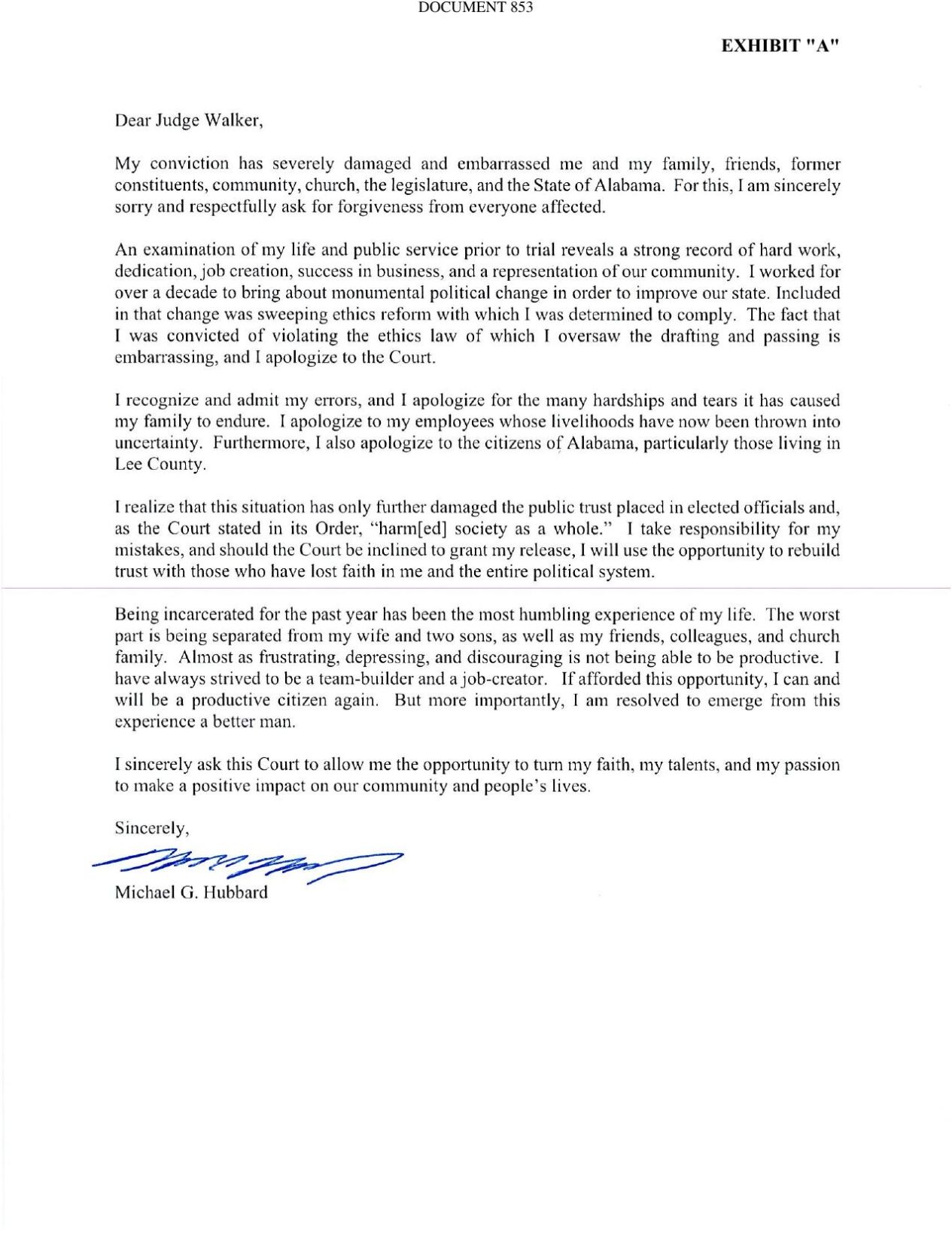 Hubbard’s motion for an early release was filed with the courts Friday evening and the documents include a letter from Hubbard where he apologized for violating laws he helped create.

“I realize that this situation has only further damaged the public trust placed in elected officials and as the court stated in its order, ‘harmed society as a whole,’” Hubbard stated. “I take responsibility for my mistakes and should the court be inclined to grant my release, I will use the opportunity to rebuild trust with those who have lost faith in me and the entire political system.”

Hubbard was convicted by a Lee County jury on a dozen counts of violating Alabama Ethics Laws in June 2016 he helped create. Prosecutors accused Hubbard of leveraging his powerful public office to obtain clients and investments for his businesses, violating the prohibition against giving a “thing of value” to an elected official. Hubbard maintained the contracts were legitimate work and unrelated to his position as speaker of the house.

Hubbard was sentenced to four years in a state prison. Six of those counts were upheld by the Alabama Supreme Court and Lee County circuit court judge Jacob Walker reduced the sentence to 28 months for the six upheld convictions.

“The comparable cases show that defendant’s sentence is disproportionate to these similarly-situated defendants,” the motion states. “In fact the only case the undersigned have been able to locate in which a defendant received a lengthier sentence than this defendant is the case of former district judge Douglas Patterson.”

The motion asks for Walker to shorten Hubbard’s sentence in prison to time served and serve the remainder on supervised probation allowing 19 residents to be employed if Hubbard is able to preserve his FCC license.

“(Hubbard’s) business is facing various administrative and regulatory issues with the FCC,” the motion states. “The defendant is unable to handle or deal with these issues due to his incarceration. Unfortunately, each day that passes while defendant remains incarcerated is another that the defendant is unable to successfully resolve issues plaguing his radio stations, thereby unnecessarily placing local jobs at risk and further damaging the defendant’s ability to repay his financial obligations to the state.”