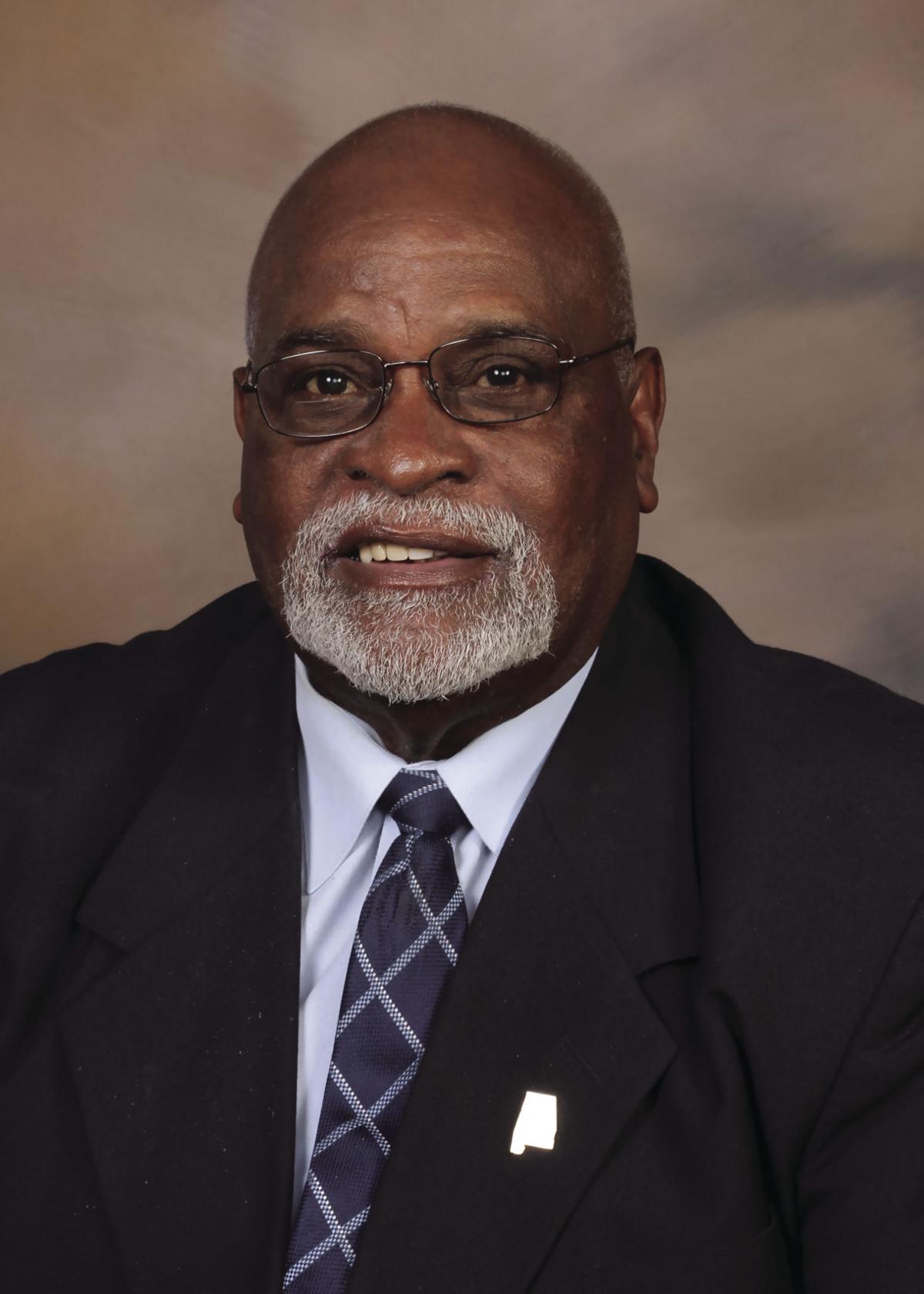 (Submitted) Carl Denver Stewart, known as Coach Stewart, is a native of Tallassee and a 1966 graduate of Wall Street High School in East Tallassee. 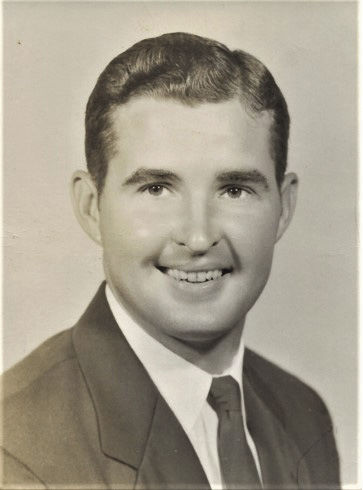 (Submitted) Coach Jackie Davis was born in Iredell, Bosque County, Texas, but grew up in Tallassee, where he excelled in athletics at THS and also served as Student Body President in 1946, his senior year. 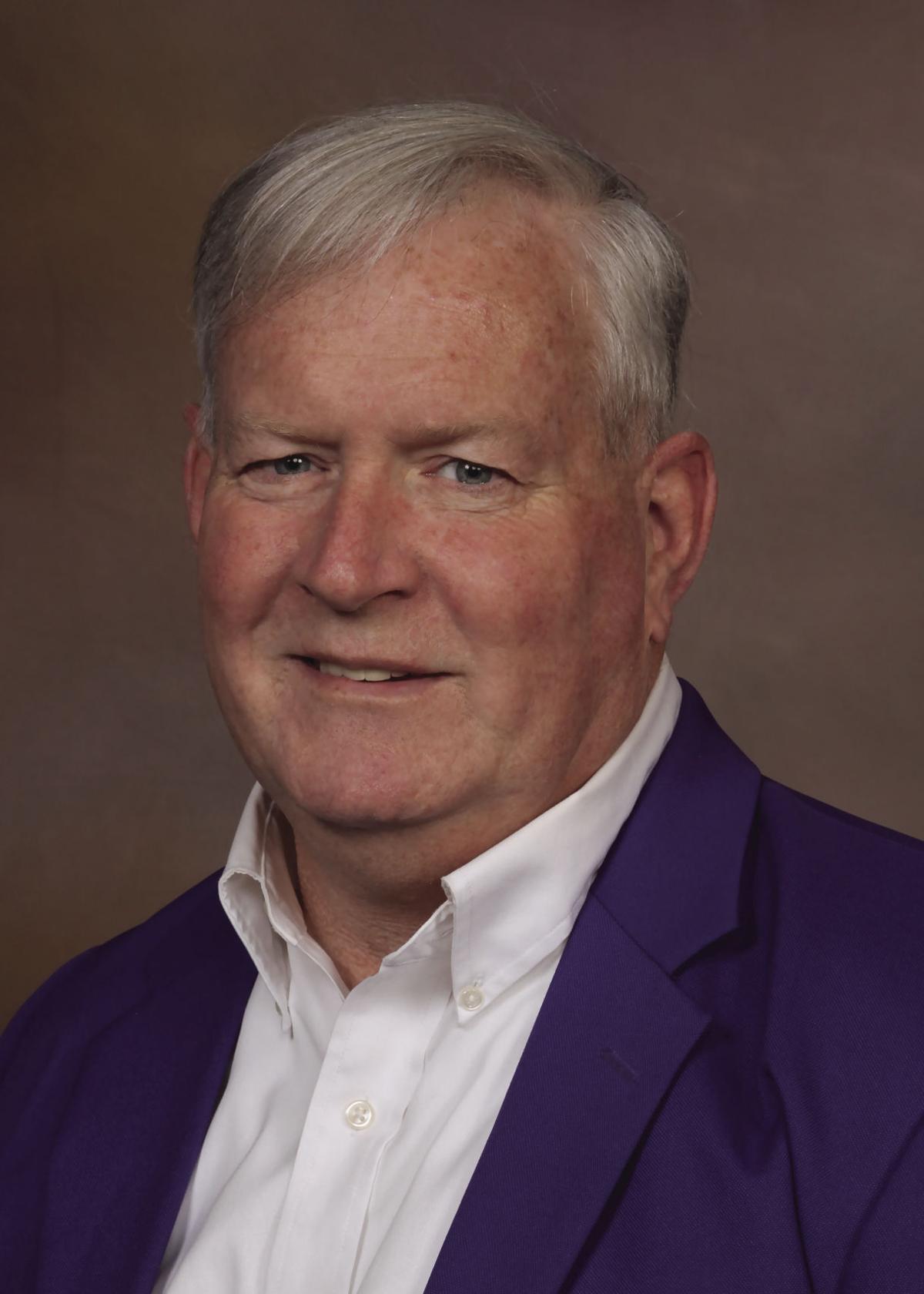 (Submitted) Jerome Cunningham, known as Mr. C to his students, graduated from Tallassee High School in 1978 and has spent much of his professional career at THS. 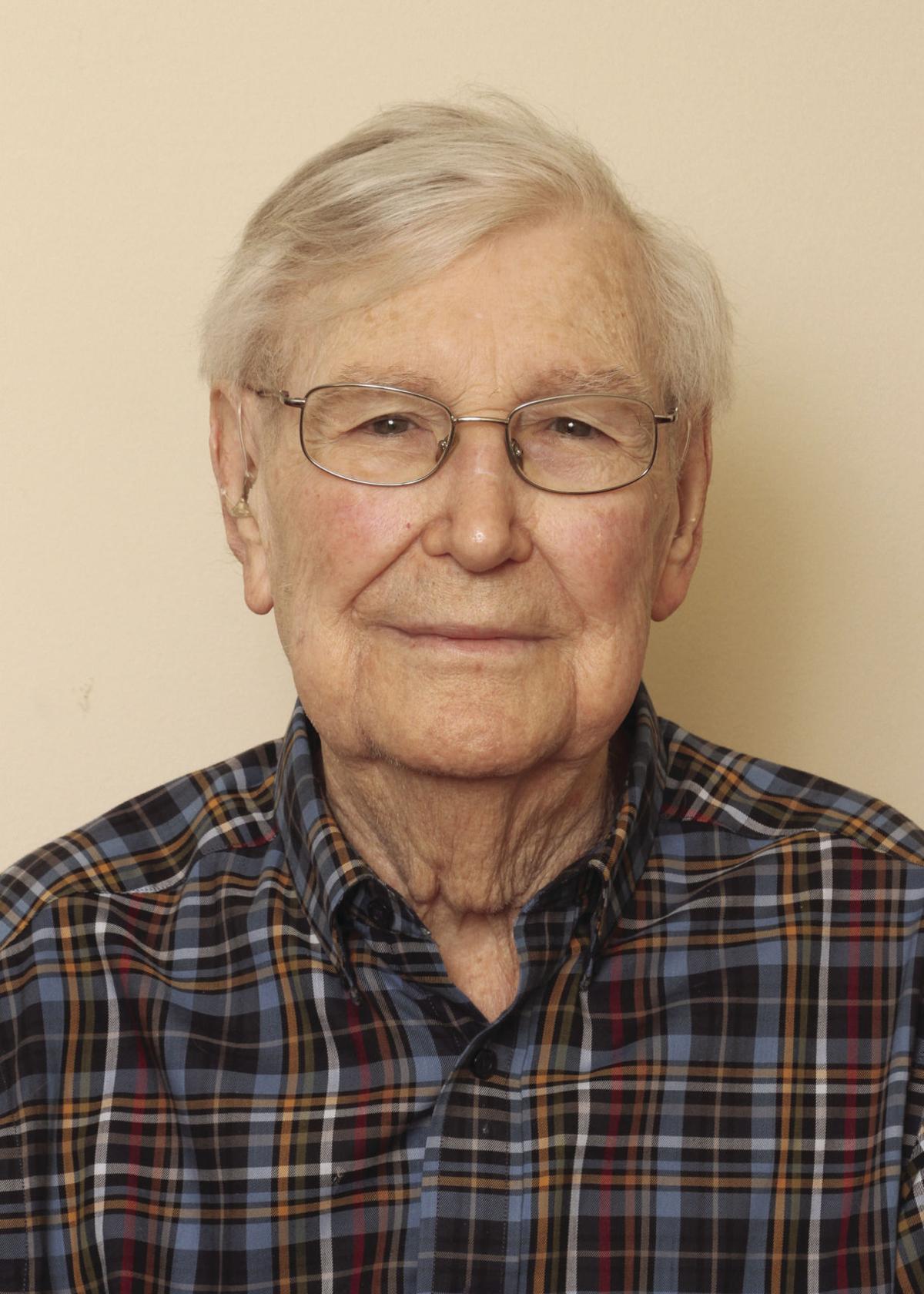 (Submitted) Billy McKenzie was born and raised in Tallassee, played football under the legendary J.E. “Hot” O’Brien, was a boy scout who later spent many years as a scout master, and devoted much of his life to community service.

(Submitted) Carl Denver Stewart, known as Coach Stewart, is a native of Tallassee and a 1966 graduate of Wall Street High School in East Tallassee.

(Submitted) Coach Jackie Davis was born in Iredell, Bosque County, Texas, but grew up in Tallassee, where he excelled in athletics at THS and also served as Student Body President in 1946, his senior year.

(Submitted) Jerome Cunningham, known as Mr. C to his students, graduated from Tallassee High School in 1978 and has spent much of his professional career at THS.

(Submitted) Billy McKenzie was born and raised in Tallassee, played football under the legendary J.E. “Hot” O’Brien, was a boy scout who later spent many years as a scout master, and devoted much of his life to community service.

The Tallassee High School Alumni Association will host the annual Hall of Pride inductions at 10 a.m. Thursday inside the school’s auditorium.

The inductees include Jerry Cunningham, coach Jackie Davis and Billy McKenzie. Coach Carl Stewart will be honored with this year’s service award.

Stewart began his career at Stanhope Elmore in Millbrook, where he taught social studies until 1978. He then went to Holtville High School, as head baseball and basketball coach and history teacher. In 1985, he coached basketball at Edward Bell High School in Camp Hill.

He came to Tallassee in 1987 where he taught history and coached varsity basketball. He also served as defensive coordinator for the Tigers, became the athletic director and assistant principal in 1995 and was named principal in 1999 — a position he held until 2007 when he retired.

In 2009, Stewart left retirement and became principal of Dadeville High School, where he served until 2011. He is retired again but serves as the volunteer student coordinator for Jobs for Life in Tallassee.

He served on the Community Hospital Board of Directors for 15 years and the Tallassee Community Development Corporation Planning Board.

Stewart was the first minority person to serve on the Tallassee Chamber of Commerce Board of Directors, is a youth Sunday school teacher and superintendent of Sunday school. He served on the Association of Christians in Tallassee Service (ACTS) strategic planning team.

“Coach Carl Stewart was one of the finest, most well-respected principals in Tallassee history,” current THS principal Matt Coker said of his mentor. “He was the kind of man that demanded respect from the students and the adults in the building. Thirty years later, Carl Stewart can still be seen on Friday nights on the sidelines wearing his purple and gold.

“He is that man that everyone in the stadium wants to make sure they speak to; they want to reminisce about a day in class or a night on the field; and they want to say ‘thank you’ because he made a difference in their lives. He made them feel important. He is a Tallassee Tiger.”

Stewart has been married to Martha Stewart for 45 years and they have four children, Tonia, Tamala, Carlos, and Carl Jr., and nine grandchildren.

Cunningham received both his bachelor’s and master’s degrees from Auburn University in 1982 and 1991, respectively. His master’s is in music education.

He served as choral director at Auburn High School (1990-97) where he developed the program from a part-time program with 30 students to a full-time program with over 250 students. He was named the outstanding teacher in the Auburn City Schools in 1995. In 1994 and 2003, he was recognized as a WSFA Class Act for outstanding teacher. He was also recognized by the Alabama PTA as one of the state’s top educators in 1995.

Upon Cunningham’s departure from Auburn High School, he returned to his alma mater as choral director for Tallassee High School. He helped establish the THS choral program as one of the most respected programs in the Southeast. His choirs have been invited to perform for the Alabama Music Educator’s Conference, the Alabama Vocal Association and the American Choral Director’s Association.

An accomplished music composer, his most recent arrangement, “The Lonely Carnarvon,” was published in 2017. One of his arrangements, “O Jesu Christe,” was performed at the Southern Division Choral Director’s Convention in Knoxville, Tennessee.

Cunningham currently serves as executive director of the Greater Tallassee Chamber of Commerce, director of the McCraney-Cottle Arts Council and is chancel choir director for the First United Methodist Church. He has been the voice of the Tallassee Tigers football team for nearly 30 years.

Cunningham is married to Donna Spivey Cunningham, also of Tallassee, who has taught in Tallassee for 38 years. They have three children, Jordan, Peyton and Madison, and two grandchildren.

Davis was born in Iredell, Bosque County, Texas, but grew up in Tallassee, where he excelled in athletics at THS and also served as student body president his senior year in 1946.

Davis lettered in football (four years), basketball (three years) and track (two years). During the heyday of Tiger football, the team won 57 games without a loss, and Davis never played in a losing game. He was named as a first team all-state football star in his junior and senior years and was a two-year captain of the team.

Davis chose service to his country over a football scholarship to the University of Alabama and joined the Army. He served in the Army for two years of active duty. Following his discharge, he enrolled at Auburn University but decided to transfer Troy State Teachers College (now Troy University). At Troy, he played football and earned a degree in education. Davis lettered two years at Troy and was president of the Letterman’s Club (T Club).

He and his wife, Martha Ann Walton — his high school sweetheart and head cheerleader — married in 1944, while he was enrolled at Troy.

His first job was at Elmore County High School, where he coached all sports (1951-157) and had a football record of 34-22. According to his sons, Dave and Russell, a proud moment for Tallassee was when Davis and his Elmore County team broke Verbena’s winning streak because it looked like Verbena was going to break Tallassee’s 57-game winning streak.

Under his tutelage, the Tigers won the Border Conference Championship in 1961, and he coached in the 1961 all-star game with Coach Paul “Bear” Bryant. During that time, Davis served as head basketball and track coach. The track team won the state championship in 1959.

Davis was a career member of the Alabama National Guard. He served full time from 1963 to 1965 as officer in charge of the 122nd Support Group in Tallassee from 1963-1965. During this time, he also coached at Macon Academy in 1964.

Davis returned to full-time teaching and coaching in 1966 as assistant coach, teacher and assistant principal at Tallassee High School (1966-1970).

He became principal at Stanhope Elmore in Millbrook in 1970.

Davis retired after 35 years as a coach, teacher and principal. His last years were spent as an education specialist at the State Department of Education.

He remained in the Alabama National Guard and retired as a major after 25 years.

Davis was a member of First Baptist Church in Tallassee, Coosada Baptist in Millbrook and Heritage Baptist in Montgomery. He was active in community service chairing fundraising projects for Stanhope Elmore.

Mr. Billy Gillyard McKenzie was a member of Tallassee High School’s Class of 1948 and will be inducted into the 2020 Hall of Pride.

McKenzie was born and raised in Tallassee, played football under the legendary J.E. “Hot” O’Brien, was a Boy Scout who later spent many years as a Scout master and devoted much of his life to community service.

After serving in the Alabama National Guard and the U.S. Marines, McKenzie returned to Tallassee and was the funeral director at Mann Funeral Home for over a decade. During his tenure as funeral director, he worked with the Tallassee High School Diversified Occupation program offering part-time employment and training to students enrolled in the D.O. program.

After he left the funeral home, he became the EEO officer and human resource director at Tallassee Mills. He saw the mill through the 1960s desegregation process and attempts to unionize.  He also helped establish a program at Tallassee Mills which helped many students with college tuition and allowed young men to work full-time jobs while attending college.

In Tallassee, he served on the city school board, the Tallassee Parks and Recreation board, was a member of the Rotary Club, was chairman of the local Red Cross and a deacon at First Baptist Church.

As chairman of the hospital board, he was a key player in the construction of the city’s Community Hospital and Community Medical Arts Center on Friendship Road.

McKenzie acquired his own hospital in Evergreen in 1977 and founded Gillyard Health Services along with his late son, Gil. Since 1981, GHS has successfully owned and managed seven hospitals (six acute care and one psychiatric facility) located in various parts of the state. Evergreen Medical Center,has been recognized by Thompson Reuters as one of its Top 100 hospitals.

In addition to hospital acquisition and development, McKenzie developed Lakeside Country Club in Tallassee, Clairewood and River Hills subdivisions in Tallassee, purchased The Guest House from Tallassee Mills, and subsequently donated the house and its furnishings to the City of Tallassee. He also owns the Trophy Room in Tallassee and was awarded the Silver Beaver Award in Scouting for his impact on their lives.

He has been a guest lecturer at Auburn University Montgomery and served on the advisory board of Faulkner University.

McKenzie and his wife, Mary George, have been married for 70 years and have one daughter-in-law, Melanie McLendon McKenzie, and three grandchildren. Their son Gil passed away in 2017.

For the third day in a row, more than 800 new COVID-19 cases have been reported in the state.

Over 300 new cases of COVID-19 in the last 24 hours, according to the Alabama Department of Public Health.